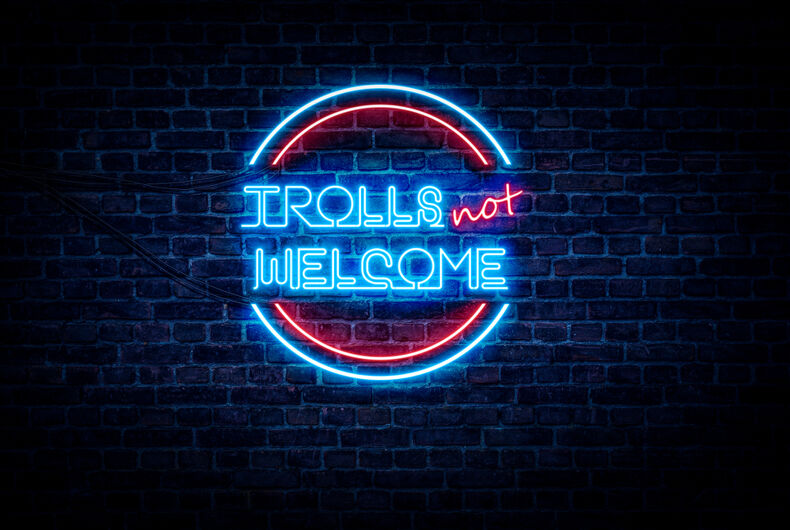 An 80-year-old swimmer at the Port Townsend, Washington Mountain View Pool won’t be going back after she screamed at a transgender worker.

Julie Jaman said that the incident occurred in July when she was showering at the pool and she “heard a man’s voice.”

“I saw a man in a woman’s bathing suit watching maybe four or five little girls pulling down their suits in order to use the toilet,” Jaman told radio host Dori Monson. “I asked if he had a penis and he said it was none of my business. I told that man to ‘Get out right now.’”

She said that the “momma bear in me” came out because she assumed that the trans employee was going to molest the children.

Jaman didn’t think that she did anything wrong by asking a stranger about their genitalia, so she was “stunned” when she was confronted as she left the locker room by a staffer who told her that she was “being discriminatory.”

“She didn’t ask me what the problem was, if I was okay, nothing about me,” Jaman said. “It’s as if she was just waiting to pounce on me. It was just stunning.”

“She told me that I was being discriminatory and not following the YMCA principles and values. I told her I respect all human beings and I’m not following any ideology.”

The staffer told her that she was banned from the pool forever.

Jaman then contacted Olympic Peninsula YMCA CEO Wendy Bart and told her that there should be some kind of warning that different types of women use the women’s locker room.

“She said there were Pride posters posted all over and she assumed that was adequate to inform women what to expect,” she recounted. “That’s fine with me, except that they do not provide alternatives for women who choose not to be undressing in front of men.”

Jaman said that Bart said that a staff member told her that Jaman yelled, “You’re going to stick your f**king penis in those little girls!” Jaman denies that she said that.

Jaman said that she spent two days picketing the pool and getting signatures on a petition.

She also wrote to the Port Townsend City Council: “The YMCA should immediately post clear signage indicating the existing dressing/shower rooms will be used by the opposite sex who gender identify differently. Also, all parents who send their children to YMCA programs should be informed that men who identify as women are allowed to accompany little girls into the dressing and bathroom areas.”

A spokesperson for Olympic Peninsula YMCA said that Jaman didn’t get banned just because of this incident. She’d become insufferable.

Transgender Twitch streamer Keffals targeted with swatting: “I thought I was going to die”

A trans teen was brutally beaten on camera. It’s the second time it has happened to her.