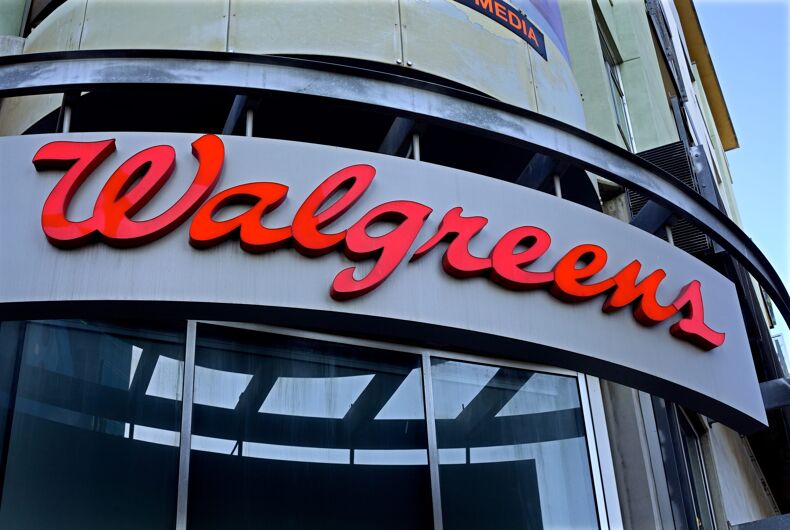 A woman named Jessica Pentz has shared her story of an employee of a Walgreens drugstore refusing to sell her a box of condoms. The employee told her that selling condoms was against his religious beliefs.

In response, a Walgreens spokesperson said that its employees are allowed to “step away from completing a transaction to which they have a moral objection.” The company’s policy has troubling implications considering that the U.S. Supreme Court may soon reconsider its decision guaranteeing people’s rights to contraception.

While vacationing in Wisconsin with her husband, Pentz realized she left her oral contraceptives at home, she told the Star Tribune. So she visited a Walgreens store in the city of Hayward to purchase condoms.

When she arrived at the checkout register, a clerk named John told her, “I can’t sell those to you.” When she asked for clarification, the clerk allegedly replied, “We can sell that to you. But I will not, because of my faith.”

Pentz said, “That’s none of your business.”

The clerk responded, “Well, I’m sorry, this is what my faith demands.”

She said that during their interaction, a line of customers began forming behind her. She then realized she was the only woman in the store. She began wondering if the clerk would’ve refused to sell her the condoms if she were a man.

The clerk called over a manager who signed the clerk out of the register, and the clerk reportedly left the area with a smirk. The manager then proceeded to sell Pentz the condoms.

When Pentz left the store, another customer named Alec Jeffery followed her into the parking lot. He had overheard her conversation with the clerk, had seen the clerk’s smirk, and told Pentz, “It was complete bulls**t, and you handled that way better than I would have.”

Pentz was shocked that a store clerk would refuse to sell her a product carried in their own store. She also felt bad for any younger or less confident person who might experience similar pushback from an unwilling sales clerk.

When asked about the incident, a Walgreens spokesperson said, “Our company policy allows team members to step away from completing a transaction to which they have a moral objection and refer the transaction to a fellow team member or manager who will complete the customer’s request.”

The policy is troubling considering that Walgreens, the second-largest pharmacy chain in the U.S., may serve as the only source for contraceptives in some communities.

Even if the Supreme Court doesn’t overturn that ruling, it could still issue a “religious freedom” ruling that would empower employees of any business to refuse to sell just about any item to an LGBTQ customer or any other customer under the guise of “religious beliefs,” even if a state bans discrimination in public accommodations.

The previous presidential administration signaled its support to provide legal protections for businesses that refuse to serve customers under “sincerely held religious beliefs.” A future Republican administration could try to reinstate similar rules, threatening the ability of adults to make decisions concerning their own sexual health.

All the notable LGBTQ nominations for 2022 Emmy Awards