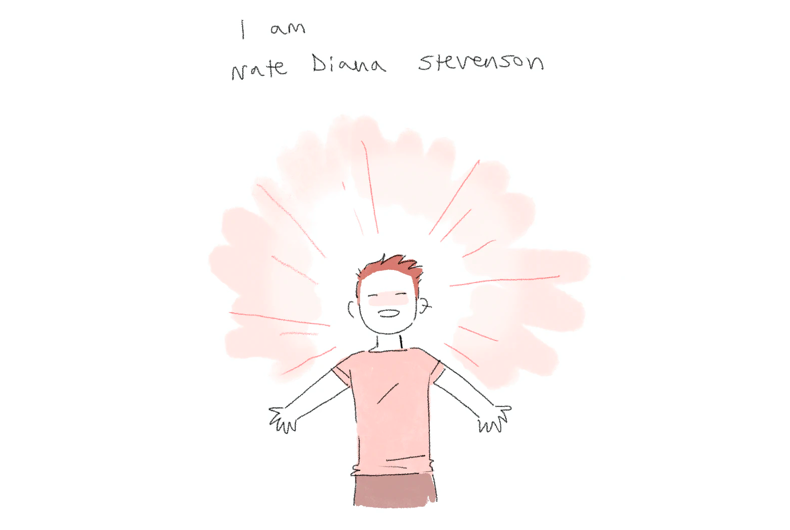 “Hello! I have something to tell you! My name is Nate! And my pronouns are he/him! …But I am not (entirely) a boy.”

Hello! I have something to tell you!https://t.co/jyGkvZAmTk

The artist and writer/producer, best known for She-Ra and the Princesses of Power, Nimona and Lumberjanes, began his public transition in 2020 when he revealed he was “nonbinary, or something like it.” That same year he underwent top surgery, which was “like taking off ankle weights you didn’t know were there.” 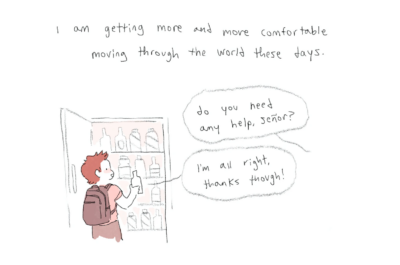 In the new comic, Stevenson explains, “I’ve chosen a ‘male’ name and ‘male’ pronouns because this is how I want to interact with a world that demands we choose one of two. But I am not one of two.”

“I am keeping my middle name ‘Diana.’ It is my way of paying tribute to this other side of me. I may keep it hidden and close to my heart, but I am not ashamed of it. It is mine and no one else’s.”

Stevenson revealed he’s “been using Nate privately with friends for almost a year. I tried some other names that didn’t fit too. I wanted to be sure!” 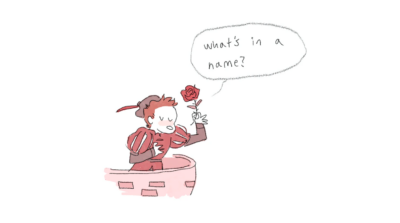 Stevenson continues: “I have made changes to my body. I love that our bodies are malleable. It is not always easy (no body is ever easy).”

“But I never knew it was possible to feel this kind of joy and freedom in my form before, like I’m feeling grass beneath my feet for the very first time.”

“It’s a messy and awkward process, asking people to change how they see and refer to you. No one likes to feel like an inconvenience!” 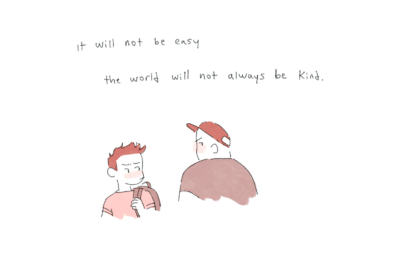 “But eventually, it feels worse to keep parts of yourself from the people you love.”

Stevenson’s wife is Molly Knox Ostertag, also a cartoonist and writer. The couple married in 2019.

In a postscript, Stevenson adds: “There’s never been some magic compass inside telling me which way to go, just little things that add up over time. All the same, what a wonderful thing, to choose a name that feels right. Thank you for coming along with me on this journey.”

Stevenson’s upcoming projects include an animated film adaption of his graphic novel Nimona, about a shape-shifting girl and the gay supervillain she attaches herself to, starring Chloë Grace Moretz. Look for it on Netflix in 2023.

Kyiv Pride teamed up with Warsaw Pride for a massive event that drew 80,000 celebrants