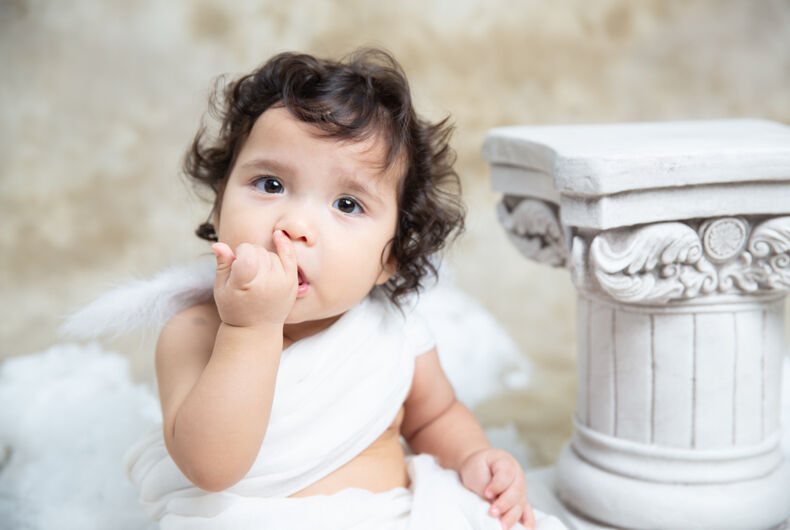 Intersex children are born with any number of chromosomal, gonadal, hormonal, or genital features that cause their bodies to physically manifest some combination of stereotypically male or female biological features.

Not all intersex people are born with intersex genitals, but when they are, doctors will often surgically “correct” them by reducing the clitoris, creating a vagina, or relocating the urethra so that a child can urinate standing up. The surgeries are often unnecessary for the health of the child and are performed so that adults feel better about how the child’s genitalia look, even though the child often cannot consent to the procedures.

Moreover, the surgeries can lead to loss of sexual sensation, sterilization, and psychological trauma, according to Intersex Greece.

But a new law in Greece bans the procedures for children under the age of 15, unless parents can obtain a court decision. The bill imposes fines and prison time for doctors caught performing the surgery on minors or providing hormone therapy on intersex youth. Intersex people over the age of 15 can consent to such procedures under the law.

“I was truly saddened by the mistakes of the past that led to dramatic situations because we were lacking the knowledge and courage,” Prime Minister Kyriakos Mitsotakis told parliament, Reuters reports.

Rinio Simeonidou, secretary general of Intersex Greece, said that the bill is “a truly historic moment for all intersex children in Greece.” Greece now joins Malta, Portugal, and Germany in banning the procedures.

In the United States, the medical interventions remain legal. In fact, the proposed state laws to ban transgender youth from accessing medically necessary gender affirming care – which does not include surgery since transgender minors do not get gender affirming surgery – contained exceptions for surgery on intersex youth, which is often performed on pre-verbal babies.

In 2017, the family of an intersex child won a $440,000 settlement with the Medical University of South Carolina after doctors operated on their child’s genitalia to make them appear female when he was just sixteen months old. It turned out that the child was a boy and the parents said that surgeons didn’t tell them about potential complications or other options available.