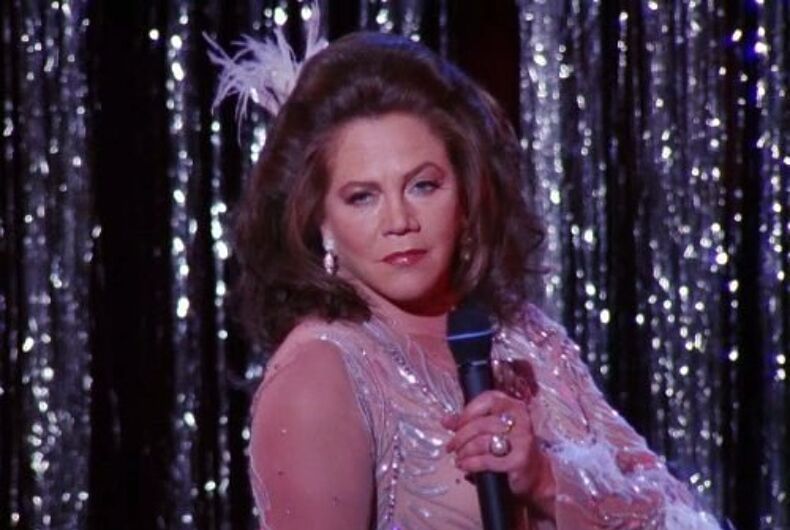 Marta Kauffman, co-creator of Friends, has come out in a recent interview denouncing her show’s handling of its transgender character played by Kathleen Turner. In the interview with The Conversation, Kauffman admits that the writing for the series regarding Chandler Bing’s transgender parent would not be appropriate today.

“Pronouns were not yet something that I understood. So we didn’t refer to that character as ‘she.’ That was a mistake,” Kauffman said.

Related: Kathleen Turner played a trans character on “Friends,” but she says she wouldn’t do it now

In an interview back in 2019, Turner herself expressed similar regret and stated she would not play the character if it were offered to her today.

Friends was co-created by Kauffman and David Crane back in 1994 and the series lasted for a successful 10 seasons before ending. During that time, the show was known for its anti-LGBTQ jokes and treatment of characters.

Friends has faced criticism in recent years due to its negative portrayal of LGBTQ people, including the immature lesbian jokes Ross’s ex-wife Carol was the butt of, and the constant fear male characters in the show lived in of being thought of as gay, causing them to laugh at boys and men who dance, take care of children, or play with dolls.

But it was the show’s treatment of Chandler’s transgender parent that was the most glaring to witness.

Helena Handbasket was always referred to as Chandler’s father. He refused to accept her gender identity and she was used as the punchline for many anti-transgender jokes. The show even went so far as to have Chandler pretend to retch while watching her perform on stage in Las Vegas.

Matthew Perry, who played the role of Chandler, has also come under fire for his part in killing a queer storyline that would have involved his character sneaking into a gay bar. The character was intended to be gay until Perry was cast in the role, when Kauffman and Crane decided to “straighten” Chandler out.

Kauffman has also apologized for the show’s lack of diversity.

What does demiromantic mean?