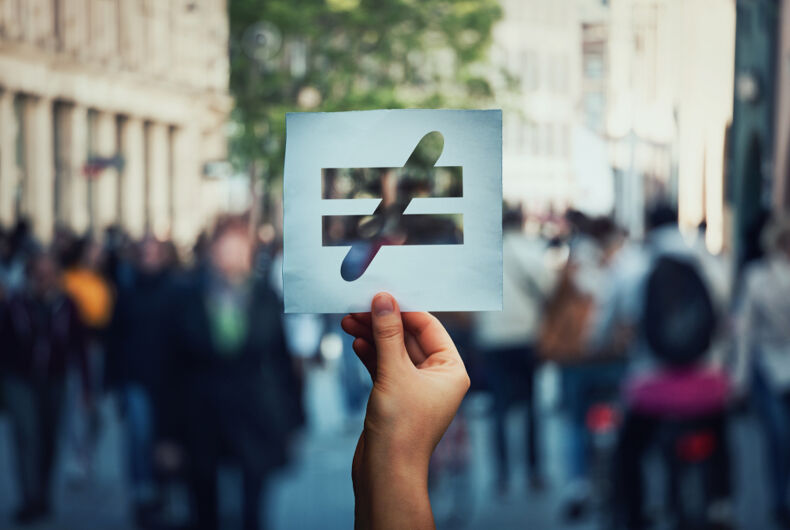 During a year when anti-transgender sports and bathroom bills are sweeping the nation, along with bills such as Florida’s “Don’t Say Gay” bill, it’s hard to argue with these statistics. Right now, LGBTQ people are facing some of the worst discrimination in recent history. And unfortunately, this representation is spilling over into how the public view LGBTQ people.

Sarah Kate Ellis, GLAAD’s President & CEO, issued a statement on Wednesday regarding the findings. She found the statistics “distressing, but not surprising.”

“Legislation targeting LGBTQ people and youth, including censorship in classrooms, book bans, bans on evidence-based healthcare and access to school sports, has ballooned since 2020 to nearly 250 bills introduced in statehouses across the nation,” Ellis said.

Ellis mentioned anti-LGBTQ legislation, like Florida’s “Don’t Say Gay” bill that prohibits students and teachers to discuss sexual orientation and gender identity in school. These bills decrease LGBTQ representation and opponents argue that they give a blanket statement to people across the nation that LGBTQ people are second-class citizens due to misinformation and lack of support.

“Misinformation and false rhetoric from anti-LGBTQ lawmakers have real-life consequences,” Ellis said Wednesday, “and gives a permission slip to discriminate against LGBTQ people and target them.”

When looking at the subgroups of LGBTQ people, there are some parts of the community that face more discrimination than others.

More than half of transgender and nonbinary people face harsher discrimination and feel less safe in their neighborhoods and communities versus 36 percent of other LGBTQ people.

“Every LGBTQ person and ally must use this information to speak up and hold elected officials, news media, and social media platforms accountable to actions and rhetoric that make everyone less safe,” Ellis said.

Nearly 80 percent of LGBTQ people feel that they need better legal protections and federal legislation to combat the discrimination they face on a daily basis.

Violent attacks on Pride events increased in 2022. Here are 16 that we know about.