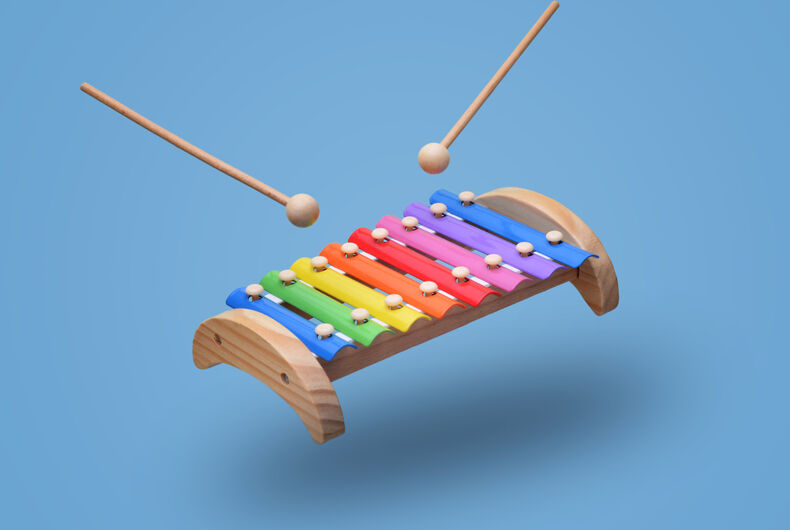 Officials in Saudi Arabia are confiscating rainbow-colored clothes and toys from stores in order to crack down on homosexuality in the country.

“We are giving a tour of the items that contradict the Islamic faith and public morals and promote homosexual colors targeting the younger generation,” a commerce ministry official said in a broadcast on the state Al-Ekhbariya news channel.

“The homosexuality flag is present in one of the Riyadh markets,” a journalist said in the piece. The report said that the rainbow sends a “poisoned message” to kids, and showed bows, skirts, hats, and pencil cases as items that were confiscated, Agence France-Presse reports.

Saudi Arabia is one of 14 countries to ban the upcoming Pixar film Lightyear because one of the main characters is gay and kisses her wife, a scene that also has conservatives in the U.S. upset.

Homosexuality and cross-dressing are illegal in the Muslim-majority nation and can be punished with public whipping, life imprisonment, deportation, and death.

The segment on Al-Ekhbariya did not say how exactly law enforcement is cracking down on rainbows or how many stores are being investigated.