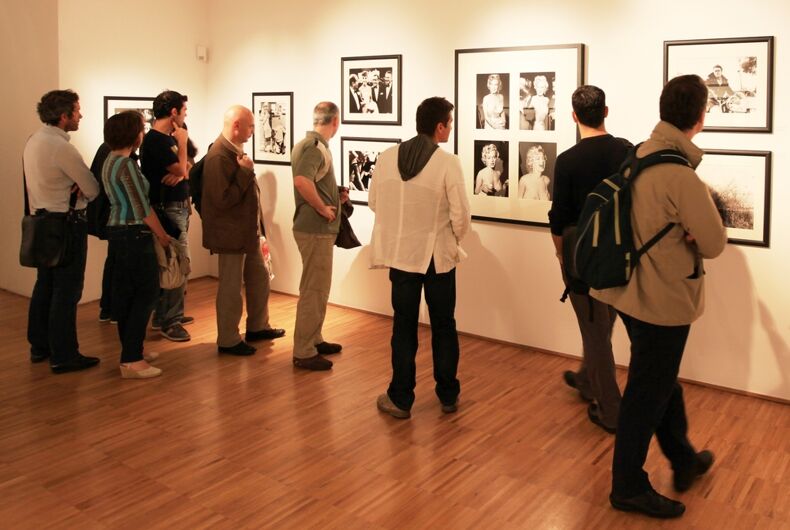 A museum in North Carolina has removed a photograph of two men kissing to celebrate their engagement after a county official deemed the portrait not “considerate of differing viewpoints in the community.”

Kim Eagle, the Gaston County Manager, had the offending picture removed after it was already on display when the exhibit Into the Darkroom opened on May 31.

Related: Disney won’t send 2000 high-paying jobs to Florida this year. Is it because of “Don’t Say Gay”?

A statement from the county called it “an internal decision under the manager’s purview” and tried to defend the manager’s reasoning.

“The museum is government-funded, and as such, it is important for the items it shares to be informational without championing political issues. As a public administrator, there is a delicate balance between the effort to foster an inclusive workplace and community, while avoiding political advocacy.”

What’s more alarming to me is the fact that the county manager frames gender identity and expression as political advocacy. I wonder how many Gaston County employees are gay. I wonder how they feel about this…

any word on whether they’ve done countywide equity training yet?

The Gaston County Museum invited photographers to submit work capturing an “historical event” for their exhibit Into the Darkroom: Photography as History and Artform.

Among other work, Charlotte photojournalist Grant Baldwin offered a photograph of Justin Colasacco and his husband Bren Hipp kissing after Colasacco dropped to one knee and proposed in front of the crowd at the 2019 Charlotte Pride Festival & Parade. The picture was accepted for the show and displayed prominently when the exhibit opened. 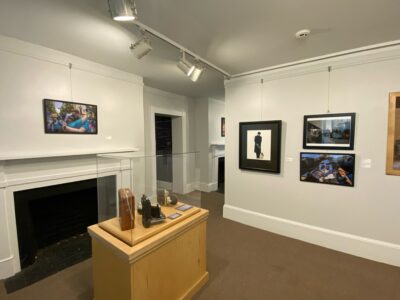 “Here we go again,” said Charlotte Pride board president Clark Simon. “Gaston County’s decision… seeks to silence and erase the existence of LGBTQ and minority people in Gaston County and the wider region.”

“We find it abhorrent that any democratically-elected government or its employees would seek to censor a photograph of a marriage proposal in an artistic, photographic art display contained in a government-funded museum like the Gaston County Museum.”

“Why would you not, after reviewing the installation prior to opening to the public, not raise concerns until the middle of Pride Month,” Simon said.

“As a gay man living in a state that celebrates diversity, it is truly disheartening to learn that there are still organizations that continue to deny us the same liberties as the heterosexual community,” said Colasacco, one of the picture’s subjects. “To remove a moment in history that gave us visibility and celebrated same-sex marriage that has been legal in North Carolina since 2014, is unjustified.”

“People wish to keep us in the shadows and pretend as if we do not exist. Well, they wish to pretend our ‘lifestyle’ does not exist. Every person deserves the right to be who they are and be a part of the community without judgment or suppression.”

In addition to the gay kiss photo, museum officials also removed photojournalist Baldwin’s picture of an arrest at a Black Lives Matter protest.

As was reported in the news, these are my two images censored by Gaston County Government from the Gaston Museum exhibition. While I am not happy this is happening to the LGBTQ+ community, I am happy that images I have captured are creating dialogue. Its been a fascinating day. pic.twitter.com/eqet0F7sbM

While Baldwin says he’s shocked his kiss photo was removed because of its LGBTQ imagery, he’s happy the picture has drawn attention. “When a photograph takes on a life of its own and has its own narrative from the perspective of the people who view it, that’s a job well done,” he said.

After news of the Gaston County Museum’s censorship broke, Baldwin says a gallery in Santa Fe, New Mexico reached out and offered to display the photograph, to be featured in an exhibit titled Imagine a World Without Photojournalism.

⁦@Monroegallery⁩ showing how to stand up to bigots and homophobes. https://t.co/QeRbtpCpZe