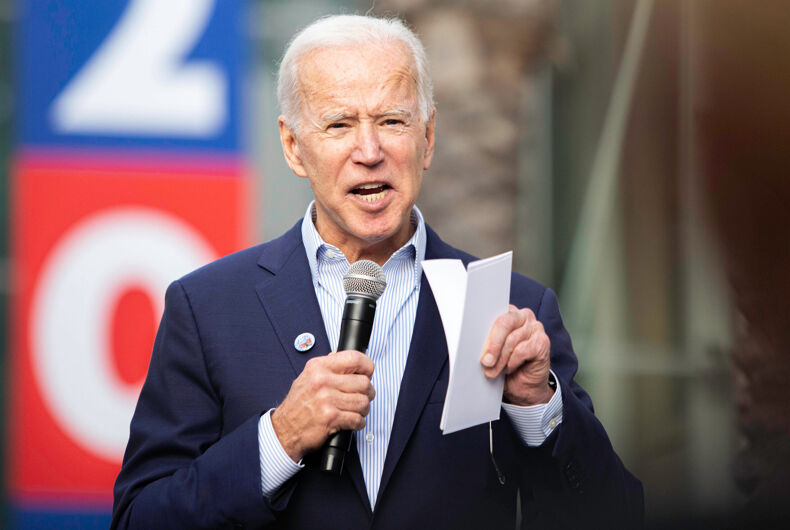 One thing you can always count on with Democrats: they love to panic. We haven’t even gotten through the 2022 midterms, and the Democrats are fueling media speculation about dumping Joe Biden from the ticket in 2024.

With typical party drama, the speculation is playing out in full view, including on the front page of The New York Times, which laughably characterizes the above-the-fold handwringing as “whispers.”

The complaints about Biden generally fall into three categories: his age,  the failure of his political agenda, and his unpopularity due to rising inflation. Of the three, the first is a legitimate question, the second is a party-wide failure, and the third is the result of events largely outside of any president’s control.

The question of Biden’s age was a concern in the 2020 campaign. On Inauguration Day in 2025, Biden would be 82, and he would be 86 at the end of his second term, far older than any previous president.

There is no reason to doubt his mental acuity, although Republicans regularly portray Biden as just this side of the dementia unit. The right-wing media exaggerates every verbal slip Biden makes as a sign of cognitive decline, even though Biden has been an inartful speaker for his entire political career.

Still, the pressures of the presidency are enormous, even for a much younger man or woman. Biden has handled them extraordinarily well so far–could anyone else have so deftly coordinated the international response to Russia’s attack on Ukraine? Whether he can keep up the pace is a fair question.

Not fair is blaming Biden for the failure of his agenda. That resides entirely on the shoulders of Sens. Kyrsten Sinema (D-AZ) and Joe Manchin (D-WV). The two nominal Democrats kept saying no to everything without ever proposing an alternative, proving the Senate majority was always an illusion. In Sinema’s case, she simply seemed to enjoy the power of killing Biden’s presidency, to say nothing of the big checks she collected from pharma lobbyists and Republican donors.

Yet Biden gets the blame for the failure, because most voters think the president is all-powerful. Biden knows how to work the Senate, but he can’t overcome two recalcitrant members of his own party, let alone a GOP that refuses to negotiate on any legislation. Senate Minority Leader Mitch McConnell counts on this dysfunction to return his party to power, because he knows it sickens voters who want a change. That it will never change under the GOP is beside the point.

As for the final point, Biden’s plummeting poll ratings, it’s true that the president is seeing his favorability ratings drop as inflation takes a toll on everyone’s budgets. Right now, only about 40 percent of Americans approve of the job he’s doing, which is about as low as Trump did at his worst pre-insurrection levels. Democrats are likely to lose the House in the midterms, which means Biden is in for a series of investigations into everything from the COVID vaccine rollout to his son’s laptop, plus a few moves by increasingly unhinged Republicans to impeach him for being, well, a Democrat.

The White House has clearly signalled that Biden is running for re-election in 2024. Biden obviously believes that he was the right choice to beat Trump in 2020, and if Trump is the candidate again in 2024, he’d still be the right choice. But what if it’s someone else, like Ron DeSantis, the Florida governor and would-be authoritarian? Voters don’t pay close attention to policy and they just may want something different. That’s how we ended up with Trump in the first place.

Everybody candidate has flaws, including all the Democratic alternatives. The 2020 field was huge, and yet it all came down to Biden. If Biden is dead set on running for re-election, the party better gets its act together and quit clutching its pearls. Given the stakes in 2024, the party needs to be unified and on the offensive. Panic is no way to run a campaign–unless you want to lose.