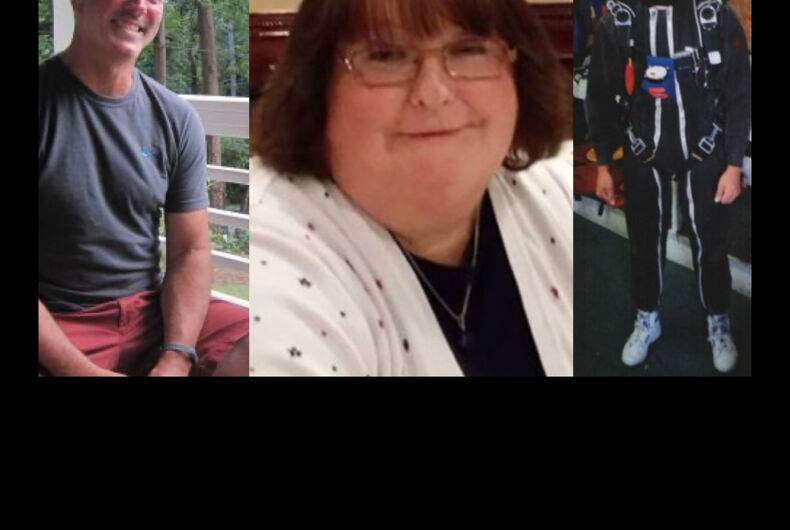 This month the nation celebrates the second anniversary of the Supreme Court’s landmark decision in Bostock v. Clayton County, which affirmed the U.S. Equal Employment Opportunity Commission’s (EEOC) longstanding position that employment discrimination on the basis of sexual orientation and gender identity violates federal civil rights law. The Bostock decision was a resounding victory in the fight for LGBTQI+ rights, an area where the Commission has played a leadership role for more than a decade, across administrations.

Despite decades of advocacy and struggle, LGBTQI+ individuals continue to face persistent discrimination and acts of violence in America. In many instances, these attempts to undermine legal rights and protections and to inflict physical and emotional suffering are directed toward some of the most vulnerable people in the LGBTQI+ community, including persons of color, transgender persons, and LGBTQI+ youth and their families.

Despite this intolerance, many courageous LGBTQI+ individuals and allies continue to live by the immortal words of Bayard Rustin, a leading strategist in the civil rights movement and an advocate for the rights of Blacks and LGBTQI+ persons: “Let us be enraged by injustice, but let us not be destroyed by it.” For generations, members of the LGBTQI+ community and their allies have maintained their passion and commitment while continuing to combat injustice.

The courage of members of the LGBTQI+ community who opposed unequal treatment paved the way for EEOC’s work to establish legal protections for LGBTQI+ workers. It was Mia Macy and David Baldwin who brought cases that allowed the EEOC to make landmark decisions for the rights of LGBTQI+ individuals in the federal workforce. The EEOC built on this momentum with the help of Aimee Stephens, the transgender woman in the R.G. & G.R. Harris Funeral Homes v. EEOC case, who was fired for presenting her true self in the workplace and challenged that injustice in court.

We recognize their leadership and that of the many others who stood up for equality in the workplace along with the EEOC – the line cook at Applebee’s, the farmworkers in Fresno, the transgender salesperson not selected for a job because the company believed that he would “not mix well with the customers.” The strength and resilience of these individuals and many more within the LGBTQI+ community have made possible the EEOC’s work to advance employment opportunities for LGBTQI+ workers. The EEOC commits to continuing the fight for equality and diversity in the workplace.

This month the EEOC will be promoting greater equity and inclusion for members of the LGBTQI+ community by updating its gender identity options to give individuals the option of selecting a nonbinary “X” gender marker during critical stages of the intake and charge filing process.

The EEOC also has created a landing page for easy access to all of its guidance, technical assistance, and resource materials on sexual orientation and gender identity discrimination. This website, Sexual Orientation and Gender Identity (SOGI) Discrimination, is available in eight languages.  If you believe you have been discriminated against in the workplace, please reach out to us at www.eeoc.gov or by phone at 800-669-4000.

The EEOC is committed to advancing equal employment opportunities for all members of the LGBTQI+ community and to ensuring they receive the dignity, respect, and support they deserve in the workplace to live authentically and fully contribute to our economy and society.

Charlotte A. Burrows was designated by President Biden as Chair of the EEOC on Jan. 20, 2021, initially nominated to serve as a Commissioner of the U.S. Equal Employment Opportunity Commission (EEOC) in 2014 and then re-nominated in 2019.  Chair Burrows has advocated for strong civil rights protections and robust cooperation between the Commission, employers, and employees to advance equal opportunity in the workplace.

Lauren Boebert says churches should be allowed to “direct the government”