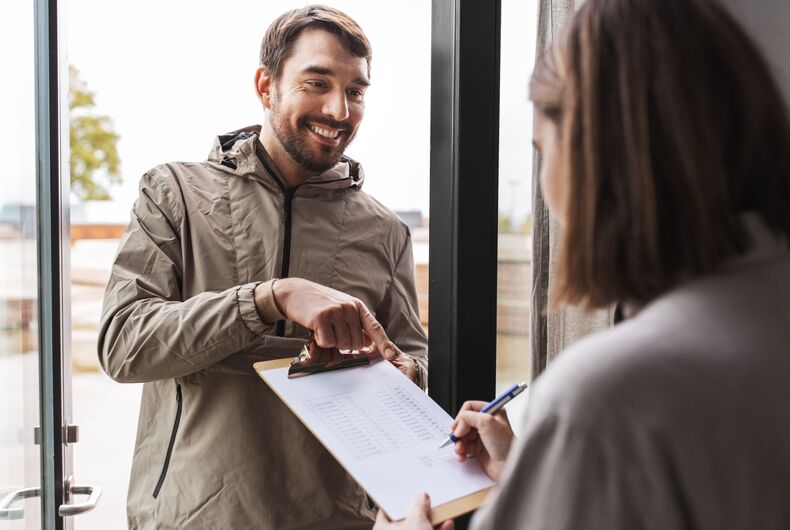 Two conservatives are suing the Census Bureau to stop making people answer the American Community Survey (ACS), alleging that they can be fined if they don’t provide information about about what they believe are intrusive topics, like sexual orientation. But making the survey optional could harm LGBTQ people.

On Tuesday, May 24, Maureen Murphy of Washington and John Huddleston of California filed a class-action lawsuit against the U.S. Census Bureau regarding the American Community Survey (ACS), alleging that the agency demands “inappropriate and intrusive information about them and their families.”

Related: The Census can’t keep LGBTQ people in the closet

The ACS, which is issued every year, includes questions about a person’s job, familial relationships, and marital status, the couple alleges. It wasn’t until the 2020 ACS that questions aimed to capture information on the LGBTQ community existed.

The Pacific Legal Foundation (PLF), which represents Murphy and Huddleston, states that “The Census Bureau does not have the authority to compel Americans to divulge any information it sees fit, beyond what’s needed for the 10-year census.”

PLF predominantly takes on conservative cases including recent ones targeting racial equity in higher education and the EPA over its Clean Water Act. Although Murphy and Huddleston’s class-action lawsuit concerns privacy rights, it could cause irreparable damage to the LGBTQ community.

There are reasons why it’s important to ask questions concerning the LGBTQ community in every ACS. Research is an important aspect to understand how a community needs assistance from the government; research leads to action against discrimination and provides funding for marginalized members of the population.

Data from the ten-year Census is used to help decide how Congressional districts are drawn and how much money gets allocated for government programs. Without these “intrusive” questions, the LGBTQ community is further barred from government assistance. These government programs can help the LGBTQ community obtain housing, food, medical insurance, and other assistance based on answers to these questions. For example, almost 21% of LGBTQ households depend on Medicaid versus 13% of non-LGBTQ households, facts learned from the last census.

This survey has already shown its importance to the LGBTQ community. When the survey came out in 2020, 23% of LGBTQ people said they had lost their jobs during the pandemic, and 12% of the population sometimes or often didn’t have enough to eat. Also, 31% of LGBTQ people said they had difficulty paying for basic household expenses. Without these statistics, then government assistance could miss the LGBTQ community completely.

If this measure had passed, then there would be a loss in quality and reliability, essentially eliminating data from 41 percent of populous areas and their demographics. Within those demographics include members of the LGBTQ community who typically fall beneath the cracks of standard population reporting.