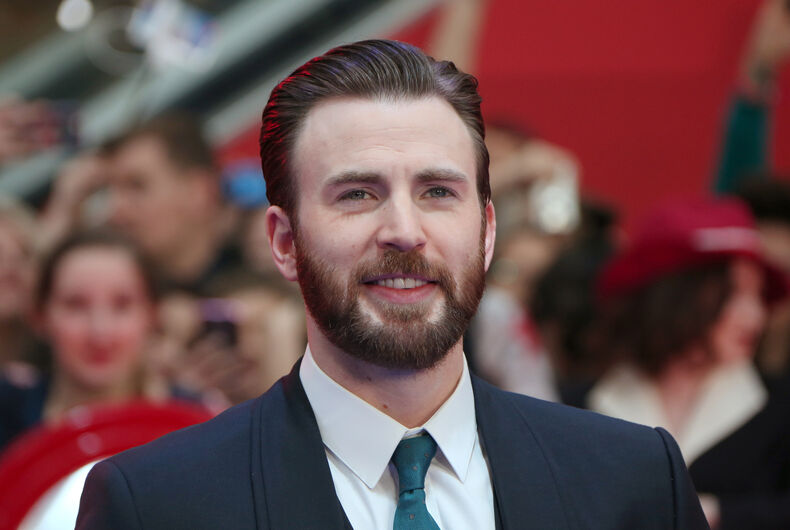 Actor Chris Evans praised Disney’s refusal to cut a same-sex kiss from its upcoming Toy Story spinoff, Lightyear, despite bans in 14 countries. Saudi Arabia, the United Arab Emirates (U.A.E.), and Lebanon are among the countries that have banned the film due to the scene.

“There’s always going to be people who are afraid and unaware and trying to hold on to what was before,” Evans said. “But those people die off like dinosaurs.”

In a tweet earlier this week, the U.A.E.’s Media Regulatory Office said that the film violated the country’s media content standards. According to the South China Morning Post, the film is unlikely to screen in Chinese theaters after producers declined to make cuts requested by Chinese authorities.

“We’re not going to cut out anything, especially something as important as the loving and inspirational relationship that shows Buzz what he’s missing by the choices that he’s making, so that’s not getting cut,” Lightyear producer Galyn Susman said at the movie’s London premiere.

But Disney initially did cut the brief scene, which reportedly shows the character Hawthorne (voiced by Uzo Aduba) sharing a kiss with her wife. The scene was later restored after LGBTQ Pixar employees and allies sent a letter to the Walt Disney Company criticizing its censorship of “overtly gay affection” in its films.

“We at Pixar have personally witnessed beautiful stories, full of diverse characters, come back from Disney corporate reviews shaved down to crumbs of what they once were,” the letter read.

In March, Disney CEO Bob Chapek responded to criticism of the company’s silence on Florida’s “Don’t Say Gay” bill by asserting that, “The biggest impact we can have in creating a more inclusive world is through the inspiring content we produce.”

“Even if creating LGBTQIA+ content was the answer to fixing the discriminatory legislation in the world, we are being barred from creating it,” the Pixar letter read, referencing Chapek’s statement.

In an interview with Variety, Lightyear star Chris Evans addressed the controversy, saying he was pleased that the scene would be included in the film after all.

“I mean, it’s great,” Evans said. “As great as it is… It’s tough to not be a little frustrated that it even has to be a topic of discussion. That it is this kind of ‘news.’ The goal is that we can get to a point where it is the norm, and that this doesn’t have to be some uncharted waters, that eventually this is just the way it is. That representation across the board is how we make films.”

“Look, it’s an honor to be a part of something that is taking those steps, but the goal is to look back on this time and just be shocked that it took us this long to get there.”

Evans was less diplomatic when speaking to Reuters about the controversy this week. “The real truth is those people are idiots,” the actor said. “Every time there’s been social advancement as we wake up, the American story, the human story is one of constant social awakening and growth and that’s what makes us good.”

“There’s always going to be people who are afraid and unaware and trying to hold on to what was before. But those people die off like dinosaurs.”

Of course, Lightyear is facing anti-LGBTQ criticism at home as well as abroad. Conservative commentator Ben Shapiro went after Disney’s “gay agenda” in a recent tweet about the film.

The Media Regulatory Office announced that the animated film Lightyear, which is scheduled for release on 16th June, is not licensed for public screening in all cinemas in the UAE, due to its violation of the country’s media content standards. pic.twitter.com/f3iYwXqs1D

Disney works to push a "not-at-all-secret gay agenda" and seeks to add "queerness" to its programming, according to executive producer Latoya Raveneau. Parents should keep that in mind before deciding whether to take their kids to see "Lightyear," which hits theaters this week. pic.twitter.com/9MNGlzFxCk

What does bigender mean?