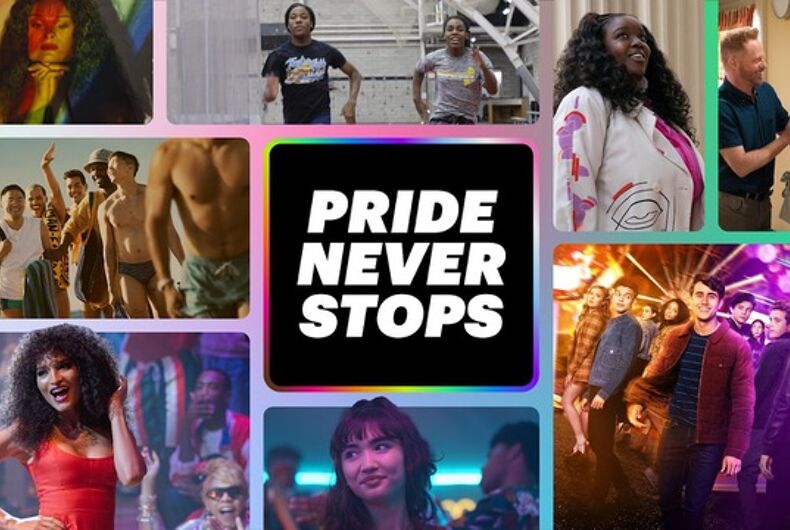 Not everything on TV is gay, but for Pride 2022, everything that’s gay is on TV. While the wingnuts and the Florida governor won’t say the word, mega-streamers are rolling out literally everything LGBTQ in their growing libraries to celebrate Pride.

It’s also a Hail Mary to keep eyeballs on screens when, for the first time in three years, we can get out of the house and see a parade and dance until the lights come on in the darkroom. Or we can keep it on the couch. Here are highlights from streaming TV’s queerest month.

Related: A school banned the rainbow flag from being flown. Students & teachers had the best response. As part of its “Pride Month curations”, HBO Max is partnering with DC to host a Super Hero Pride tray, with titles from Warners’ DC Multiverse that feature characters in the LGBTQ+ community like “Naomi,” “Batwoman” (googling), “Harley Quinn,” and “Young Justice.” The tray could be for a Pride party or something on the home page, unclear.

The LGBTQ+ Voices page includes notable (but not all) movies in the HBO/Warners library with gay characters or themes, from And the Band Played On to Wig, with Dog Day Afternoon, Looking the Movie (not the TV show), The Bird Cage and Victor/Victoria among many others. The series list is long, too, but with notable absences: The Sopranos and Game of Thrones, maybe HBO’s two most iconic series. 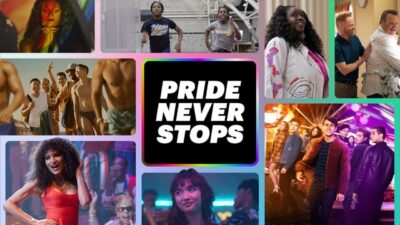 At Hulu, “Pride Never Stops” when the faux-cable streamer goes community access to livestream both the LA and New York Pride parades. Look for the new film Fire Island (“an unapologetic, modern day rom-com set around two best friends who gather in the iconic vacation spot to have a legendary summer in gay paradise with their cadre of eclectic friends and chosen family”), Mormon No More (Mormon moms fall in love and how will they tell their husbands?!) and Wildhood (trailer park coming-of-age story with brothers Link and Travis and their unnamed toxic father).

Plus Club member Paramount+ “Celebrates Pride” with LGBTQ-centric movies and series from their library of Paramount Studios, Viacom, and CBS content, with film classics like Paramount’s Cabaret on the carousel (and not much else), and a reality deep dive with MTV’s The Real World S3E19, Pedro & Sean’s commitment ceremony, and CBS’s Survivor S37E11, Mike White’s loved-one visit from his boyfriend. Awww! Everybody loves Mike White.

Netflix rallies for Pride with an algorithm-assisted mega-collection of 460 LGBTQ-themed or adjacent documentaries, dramas, and comedies they’re calling “Shine with Pride.” The big show is comedy special Stand Out hosted by Billy Eichner and featuring other gay lights like Sarah Paulson, Lily Tomlin, Sandra Bernhard, Wanda Sykes, and Rosie O’Donnell, on her comeback tour. 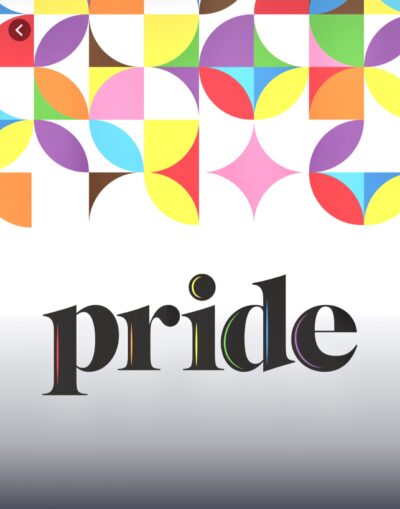 If you’re in New York, Discovery+, streamer for namesake Discovery of newly formed content juggernaut Warner Bros Discovery gets with the Tribeca Festival in conversation at the Crosby Hotel featuring Tyra Banks, Trixie Mattel and Eric Cervini, producers of their new Discovery+ originals Generation Drag, Trixie Motel and The Book of Queer. 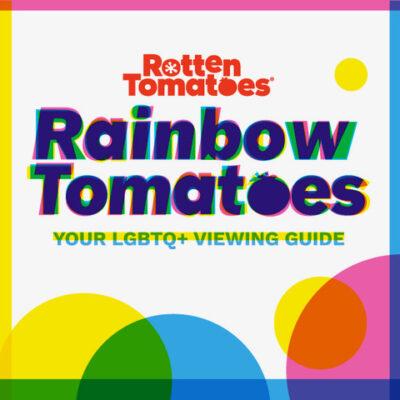 The movie rating aggregator Rotten Tomatoes, a division of Fandango, a unit of NBC Universal that is owned by Comcast, wants you to know they are celebrating Pride with Rainbow Tomatoes! Also, they have a streaming channel, Rotten Tomatoes Channel (OTT) (sic), available on Peacock, The Roku Channel, XUMO TV, and Samsung TV Plus, which will feature custom LGBTQ content in new episodes of RT Essentials, Countdown, Trailer Trivia and Trailers Reloaded.