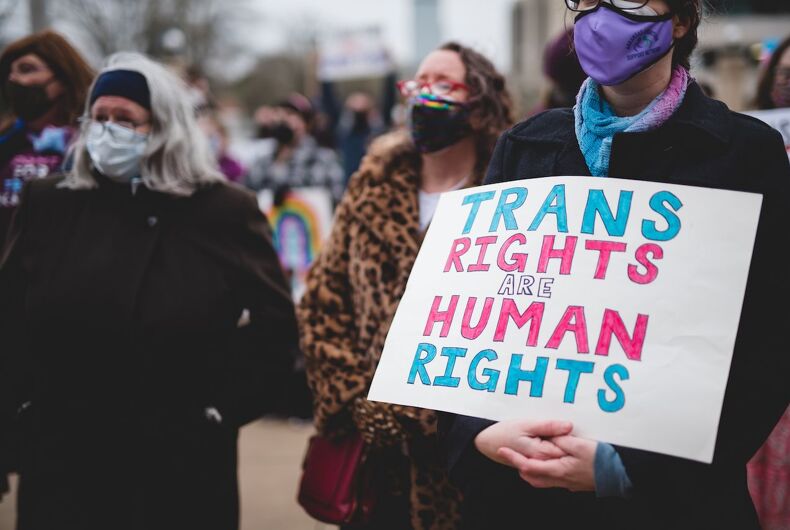 Over 5% of adults under the age of 30 are transgender or non-binary, according to new research from the Pew Research Center. 2% identify as trans men or women, and 3% are non-binary.

The survey found that 44% of people say they know a transgender person and 20% know someone who is non-binary.

The numbers increased from studies in from the mid-2010’s that showed that 0.3% to 0.6% of adults in the U.S. identified as transgender, according to Yahoo! Life.

The results echo a Gallup poll from earlier this year that found that 20% of adults under the age of 25 identify as LGBTQ in some way, with most of the respondents identifying as bisexual. Older generations in that survey were less likely to identify as LGBTQ.

“Anti-trans rhetoric and legislation is being pushed by extremists across the country because they need a political target to paint as scary and other — as more Americans come to personally know the trans and non-binary people in their lives, they can recognize these attacks for what they are: A campaign of hate based on lies,” said Olivia Hunt of the National Center for Transgender Equality.

The Pew study involved over 10,000 adults in the U.S. and was conducted in May.