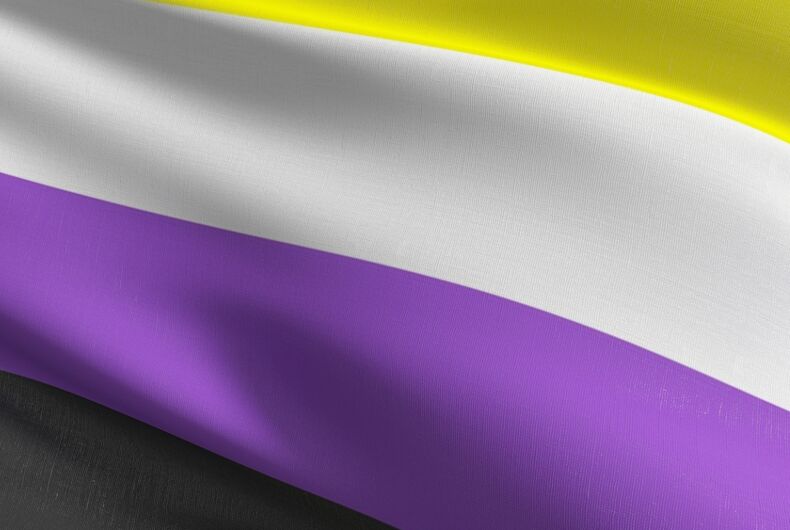 The term “nonbinary” has started to become a mainstay in 21st-century vocabulary, especially now that people are becoming more educated in LGBTQ matters. However, the idea of a gender non-conforming person has been around for thousands of years. Various cultures have traditions that blur the line between masculinity and femininity, often manifesting in a harmonious combination of both.

In this article, you’ll learn about three nonbinary people in history that were so ahead of their time that they make our modern world look old-school by comparison.

Related: The Truth About Being Gay In Ancient Egypt

Anyone familiar with the history of ancient Egypt may have heard about its 18th dynasty pharaoh, or “The King Herself”, Queen Hatshepsut. Throughout the 3000-year history of the ancient Egyptian civilization, its pharaohs have mainly been male. Hatshepsut is the second female pharaoh ever recorded, but the way her gender identity is portrayed through sculptures and art suggests it’s not as clear-cut as it seems.

While art that portrays Hatshepsut as strictly female does exist, there are also quite a few that portray her as male. In many of these statues, she is carved with a false beard while wearing clothing typically worn by kings. It’s important to note that it was no secret that Hatshepsut was a woman, so these sculptural motifs were very much intentional.

The blur between male and female even goes beyond her physical portrayals. In Khnum’s pottery wheel, the chief god Amon gives Khnum instructions to form Hatshepsut out of clay to be placed in her mother’s womb. Amon refers to Hatshepsut as a “daughter” and uses female pronouns. The artifact then shows Khnum creating her with his pottery wheel, but she is depicted as a young boy. So, even when the gods were made to speak of her, she wasn’t defined as genderless – instead, being both male and female.

The Public Universal Friend was an 18th-century American preacher who traveled across the northeastern United States. Born Jemima Wilkinson, the Friend and their siblings were previously disowned by the Religious Society of Friends, better known as the Quakers.

When the Friend was in their mid-20s, they suffered from a severe illness. Running a high fever and nearing death, they reported receiving revelations from God who said there was, “room, room, room, in the many Mansions, Friend.” They went on to say that Jemima Wilkinson had actually died and was accepted into heaven. Meanwhile, their body was reincarnated as the “Publick Universal Friend.” Since then, they renounced their birth name as well as any gendered pronouns.

The 18th-century United States did not have the vocabulary or the culture at the time to refer to them as nonbinary. In fact, many writers of the time have gone against their wishes and outright portrayed them as strictly female. Some have even gone as far as accusing them of being a fraud. Today, the Friend is viewed by many as a pivotal figure in transgender and nonbinary history.

Compared to Western ideals, the notions surrounding gender are a lot less stringent in many Eastern and indigenous cultures, even today. An excellent example of this fluidity is Zuni Native American artist We’wha. Born as a male in 1849 in New Mexico, Whe’wa was recognized by their community as a “lhamana.” In Zuni culture, lhamanas are biologically male people who assume roles typically performed by women.

We’wha wore a combination of masculine and feminine traditional clothing. They were taught skills that were largely attributed to men, such as weaving. However, they were also taught other skills mostly performed by women, such as ceramics and pottery.

Aside from having varied skills in craftsmanship, We’wha also participated in Zuni societies which were typically specific to certain genders. They performed with the men’s kachina society, a male group that performed ritualistic dances in traditional dress. At the same time, they were also part of the medicine society, a female group that acted as healers of the tribe.

We’wha’s exposure to their culture’s many skills and traditions, completely unrestricted by gender roles, enabled them to become a notable and highly celebrated individual in Zuni culture and society. When anthropologist Matilde Coxe Stevenson visited their tribe in 1879, she described Whe’wha as “the most intelligent person in the pueblo” and that their “strong character made his word law among both men and women.”

The idea of nonbinary individuals seems to have been a historically difficult concept to grasp in Western culture. It is only quite recently that more people are starting to understand that the lines between genders can be blurred. Gender roles are becoming less of a rule as more and more people challenge the social norms surrounding gender identity.

Aside from gender fluidity, the common denominator between these three historical figures is their unadulterated challenge to the social norms of their time. They were able to achieve so much, and without having to compromise their identity.

Related: Meet the Queer Pirates of the Golden Age of Piracy

Pic of the Week: Inside the White House Pride reception

Knitters are helping homeless LGBTQ youth. They know Pride is longer than a month