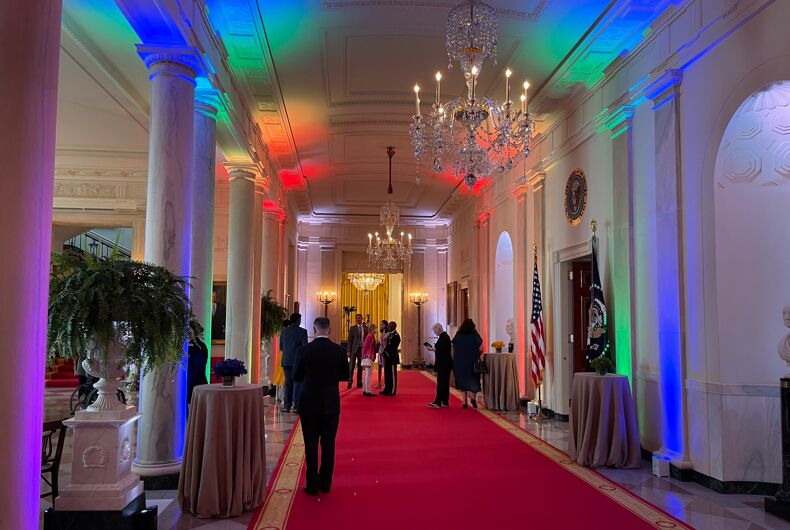 Inside the White House for the 2022 LGBTQ Pride receptionPhoto: Jerame Davis

President Joe Biden hosted LGBTQ leaders, politicians, and activists at the White House this week for a Pride reception.

Attendee Jerame Davis, the Executive Director of Pride At Work, shared these snapshots from inside the event with LGBTQ Nation.

Related: Democrats want to apologize to the 5,000 gay employees fired during the “Lavender Scare”

The president spoke to attendees, pledging to do everything within his power to advance LGBTQ rights. He signed executive orders announced yesterday to combat conversion therapy, GOP attacks on transgender children, and other issues surrounding LGBTQ youth.

Attendees noshed on hors d’oeuvres after the ceremony. The table centerpiece was a rainbow flag made of roses.

They were also given a commemorative coin of the event.

“The president promised a law to ban conversion therapy outright during his campaign,” Davis said, “but the Republicans in Congress are blocking everything LGBTQ, so this is at least a start to ending that barbaric practice.”

Pride In Pictures: A reminder that pride started as a protest