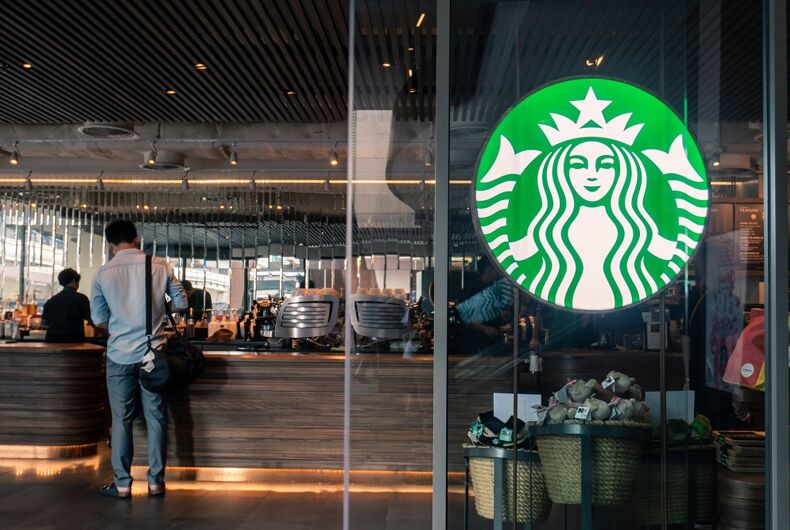 Starbucks has announced plans to cover travel costs for employees who must travel more than 100 miles to access gender-affirming care in the wake of multiple state-led attempts to criminalize this care.

The pledge comes after a draft of a Supreme Court decision affecting abortion rights was leaked. Many experts warn that if Roe v. Wade’s abortion protections are overturned, everything from same-sex marriage to the legalization of same-sex sexual activity could be endangered.

“Partners enrolled in Starbucks healthcare will be offered reimbursement for eligible travel expenses when accessing abortion or gender-affirming procedures when those services are not available within 100 miles of a partner’s home,” Starbucks said in a press release. Starbucks has 240,000 U.S. partners who will be affected by this expansion of benefits.

In a letter to Starbucks employees dated May 16, 2022, Executive Vice President Sara Kelly said the decision to broaden health benefits for U.S. employees came in the wake of the leaked draft of the Supreme Court opinion on the future of Roe v. Wade.

“Regardless of what the Supreme Court ends up deciding, we will always ensure our partners have access to quality healthcare,” Kelly’s letter said.

The healthcare in question ranged from surgery to hormone therapy, and barriers included financial barriers and issues with healthcare or mental healthcare providers.

“The third most commonly reported barrier was availability, which referred to a lack of access to services,” the study reported. “For example, many participants commented on the general lack of providers, as well as a specific lack of competent providers who were willing to provide care to TGNC patients.”

The study went on to indicate that it was “common” for study participants to travel to other cities; one participant noted he traveled eight hours to a big city, four times a year, to access care.

Starbucks isn’t the only company to have expanded healthcare benefits in this way; tech giants like Amazon and Tesla have also pledged to cover employees’ travel costs for surgeries that are more than 100 miles away.

This Week on LGBTQ Twitter: The gay urge to buy rainbow swag & other queer realities