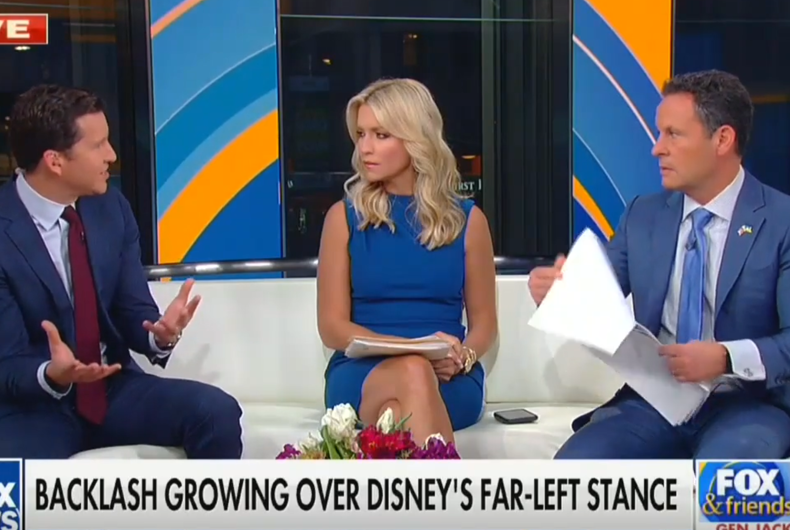 The co-hosts of Fox & Friends suggested that the reason more young people are identifying as LGBTQ than in previous generations is because Disney is turning them queer.

The co-hosts read a quote from a Disney Zoom call that conservative media has been flogging for the past week, where Disney executive Karey Burke said that her son texted her a message that said: “Gen Z is 30% to 40% queerer than other generations Mom, so Disney better get with it.”

Co-host Will Cain then brought up a February Gallup poll that found that over 20% of adults in Gen Z identified as LGBTQ. Most of the LGBTQ people in that generation, who were between the ages of 18 and 25, identified as bisexual.

“But more interesting to me is why?” he continued.. “Is it because, you know, they are truly of this persuasion, or is it because it’s a chicken or egg theme?”

“They are being fed these messages over and over from places like Disney and now the numbers are going up?” he asked, suggesting that Disney was turning them queer.

For the rest of the segment, the co-hosts said that talking about LGBTQ people is the same as talking about sexual acts with children.