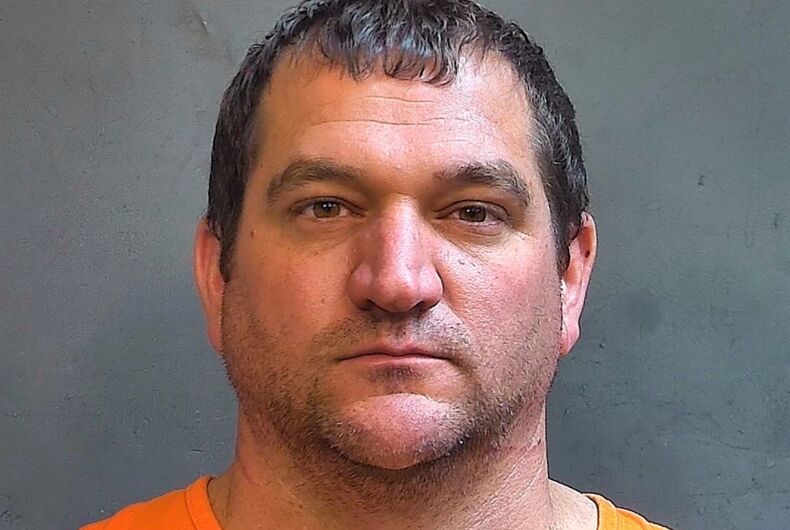 Republicans say they represent “the party of family values.” But one of their candidates who won a primary election this week is also in jail for allegedly killing his cancer-stricken wife after she threatened to divorce him for cheating on her.

40-year-old Andrew Wilhoite was one of three Republican candidates vying for a seat on the Clinton township board in Boone County, Indiana.

Related: GOP lawmaker has meltdown in public & screams at voters

Wilhoite was arrested in late March in connection to the murder of his now-deceased 41-year-old wife Elizabeth “Nikki” Wilhoite. According to the IndyStar, he admitted to striking her in the head with a gallon-sized concrete flower pot, knocking her unconscious.

After, police say, he allegedly placed her body in a vehicle, drove to a creek miles away and then dumped her body from a bridge into a shallow body of water where police later found her.

Days before her murder, she had filed to divorce her husband. They had been married for 12 years and had three children together before he allegedly had an extramarital affair. At the time of the alleged affair and murder, she was undergoing chemotherapy for breast cancer.

He allegedly lied to investigators — stating that his wife had left for work the morning after he had allegedly murdered her. Under further police questioning, he then requested a lawyer and later admitted that he had killed her.

Andrew Wilhoite is now being held on murder charges in the Boone county jail without bond. His jury trial is set for August 29. If he’s convicted before the November 8 general election, his name will be removed from the ballot.

If he’s not convicted, he’ll automatically be placed on the township board since no Democrats are running for any of the board’s seats.