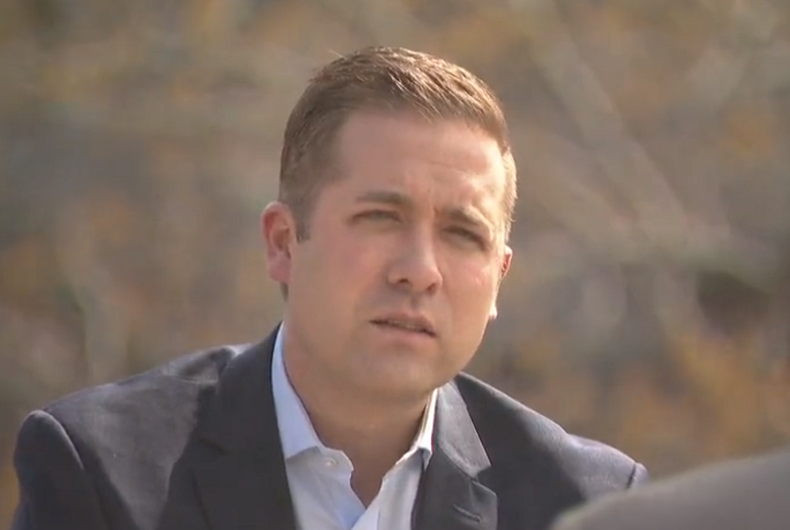 Lopez is running in the Republican primary to be governor of Colorado, and this past March he told supporters: “Don’t drink the Kool Aid and believe he’s not beatable because he is… I think it’s time we had a real First Lady, don’t you?” He was referring to how Gov. Polis, a man, is married to his husband Marlon Reis, and the audience laughed.

Related: The best joke at the White House Correspondent’s Dinner was about Kyrsten Sinema

“It’s 2022 and apparently homophobia is alive and well in the Colorado Republican Party,” Democratic Party spokesperson Nico Delgado said at the time.

Clark decided to make Lopez explain why he made the comment in a recent interview.

“Why choose to introduce homophobia into the race for governor?” Clark asked.

“It’s interesting that you would even mention that word, because I didn’t use it,” Lopez responded, as if homophobic jokes always have the word “homophobia” in them. Lopez said that he just meant that his wife Lisa Lopez “will work very hard on issues that pertain to women and children” and that he couldn’t believe that people would “twist my words.”

“And I’m asking you why introduce that into the race? You’ve got plenty of critiques of the governor, other than the fact that he’s a gay man.”

Lopez continued to deny that he made a homophobic comment and then accused Clark of misleading the audience.

“I don’t think you can keep a straight face as you say that,” Clark shot back. “Would you have an issue with [GOP primary candidate] Heidi Genahl’s husband being the first gentleman?”

“You’re not understanding the system,” Lopez said. “I’m talking about having a female that’s gonna focus on women’s issues and children’s issues.”

The Circle is back & it’s gonna be the spiciest yet