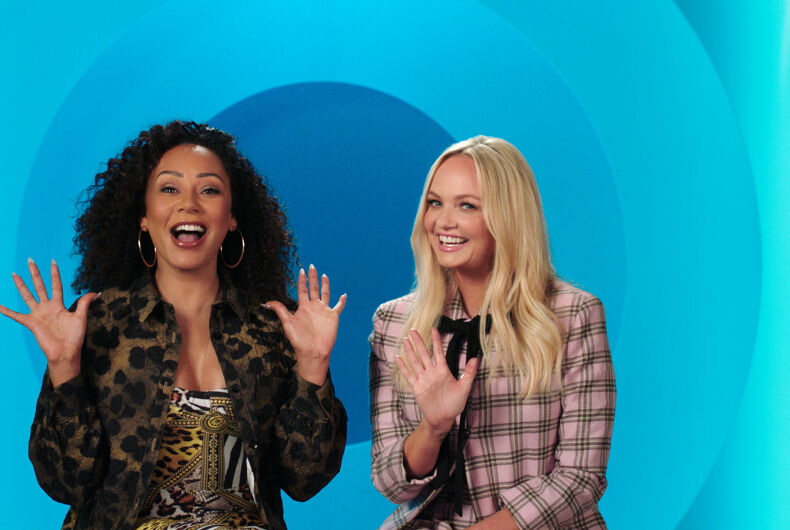 The Circle host Michelle Buteau is really a national treasure if you think about it, but the Spice Girls are practically British Royalty.

And now with part of the group – Mel B and Emma Bunton – joining the hit reality show, it’s gonna be spicier than ever.

Season four of the show launches on Netflix today and new episodes roll out every Wednesday.

The game locks a handful of strangers into apartments in the same building and only allows them to communicate with each other via a social network – the Circle. Some contestants play as themselves while others choose to take on a fake persona, a “catfish.” Players vote to eliminate contestants they think are fake or challenge their position in the game. Other contestants enter the Circle after someone is eliminated.

The two women will be playing together as a catfish.

The Circle has a long history of being LGBTQ-friendly with multiple contestants from the community. From rainbow flags adorning walls to frank discussions about bullying and the importance of LGBTQ role models, the show hasn’t shied away from encouraging players to express themselves.

Season two of the show featured multiple queer contestants as well as out pop singer Lance Bass’s personal assistant who catfished the players by pretending to be him. She was quickly eliminated but returned to catfish as another “new” player.

The show’s finale will air on May 25.