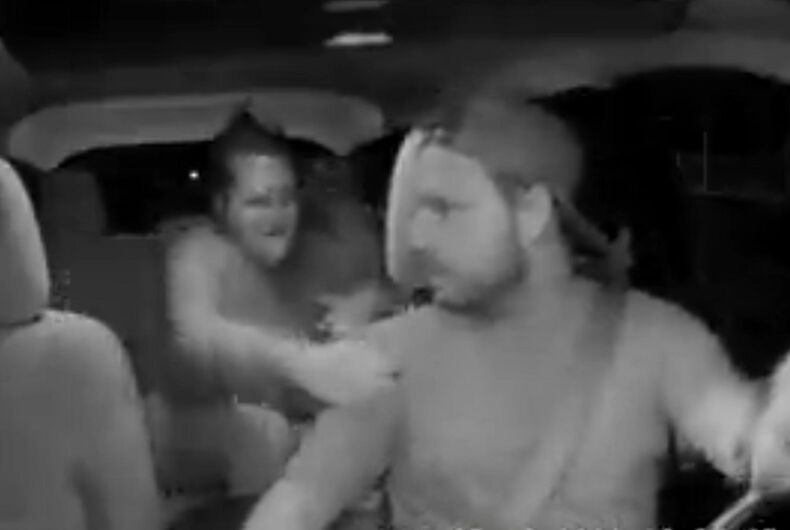 The passenger apologized insincerely after her racist commentsPhoto: Screenshot

A video of a Lyft driver in Pennsylvania standing up to racist customers has gone viral.

The video shows a white woman getting in the back of Lyft driver James Bode’s car.

“[inaudible] like a normal guy, like you speak English?” she said. She then said “sorry” and patted Bode on the arm.

“What?” the woman shouted.

“If someone was not white sitting in this seat what would be the difference?” Bode asked.

Bode explained what happened to man outside of the car who was with the woman. “That’s ok, I’m not gonna take your ride, you guys can get out.”

Bode threatened to call the police.

I don’t know who this Lyft driver is but he deserves an award and a seat in Congress. pic.twitter.com/8uvYSUBqne

“This happened tonight outside of Fossil’s Last Stand, on Race St in Catasauqua. The ride was for a ‘Jackie,'” Bode later wrote on Facebook. “When asked if they were the owners, she shook her head ‘yes’ but who knows.”

“For everyone reaching out and showing support, thank you,” he wrote in a later Facebook post. “I appreciate it, truly. But this is the way it should be everywhere, every time.”

“Speak up if you’re uncomfortable with it because it makes them uncomfortable, as they should be. F**k racism.”

LGBTQ Nation has not been able to confirm whether “Jackie” and the man who was with her are actually the owners of Fossil’s Last Stand.