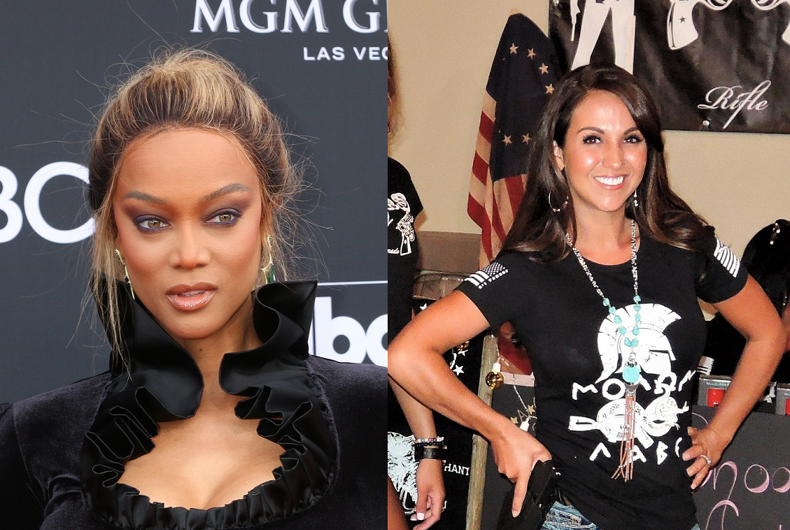 “Siri, define grooming,” Boebert wrote while retweeting the influential and anti-LGBTQ Chaya Raichik’s – aka “Libs of TikTok” – post about the upcoming Discovery+ reality series Generation Drag. Banks is the executive producer of the series as noted in the trailer that Boebert shared.

Boebert was accusing the show’s producers of grooming by saying “define grooming,” but she actually seems to be in need of the definition of that term.

Producing a documentary about teens wearing clothes and make-up is not grooming.

While the trailer for Generation Drag doesn’t show any pedophilia or child sex abuse, Raichik has gotten famous for using words like grooming and pedophilia to refer to LGBTQ people interacting with children and teens, implying that LGBTQ people are pedophiles. Boebert and other Republicans have jumped on the bandwagon just in time for the midterms.

Generation Drag follows the lives of five teen drag performers as they participate in a drag show called Dragutante. The six-episode series will debut on June 1.

“I have such admiration and respect for these teens,” Banks said in a press release. “They are bravely navigating coming into their own in a world that can be very challenging and not always accepting. What is so beautiful is seeing their parents and siblings supporting them.”