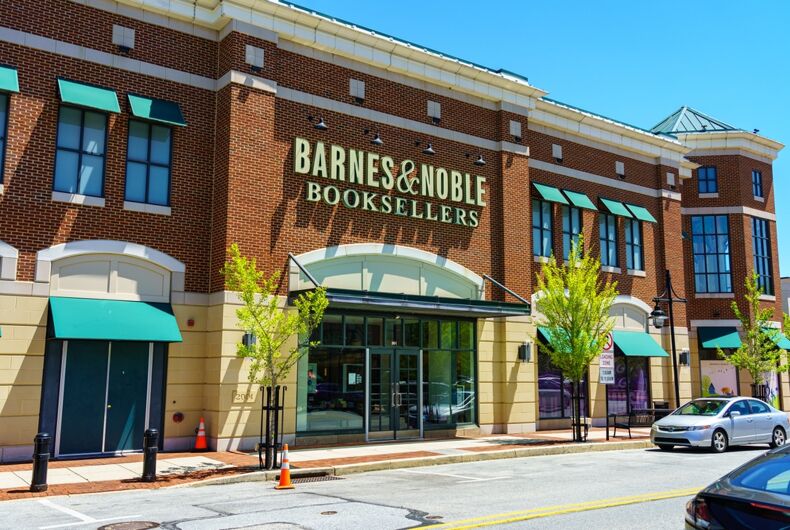 It didn’t take long for Republicans to move on from banning books in libraries to banning them from bookstores.

Virginia Delegate Tim Anderson (R) has asked a court to order Barnes & Noble to stop selling or lending two books to minors without first getting parental consent, according to a post on Facebook that he has since made private. This comes just a week after local schools pulled one of the books from libraries because a school board member complained about it.

“We are in a major fight,” Anderson wrote on Facebook. “Suits like this can be filed all over Virginia. There are dozens of books. Hundreds of schools.”

The books in question are Gender Queer: A Memoir by Maia Kobabe and A Court of Mist and Fury by Sarah J. Mass.

Kobabe’s book, which is about eir journey to accepting emself as non-binary and asexual, has been targeted by conservatives all over the country who have called it pornographic because it contains frank discussions of sexuality.

Virginia Beach schools voted to remove Gender Queer from their libraries last week after school board member Victoria Manning complained it and several other titles. The book passed an initial review in the district but Manning appealed the decision, and it got banned.

Anderson said in his Facebook post that “the Virginia Beach Circuit Court has found probable cause” that the books are “obscene.”

From Mass’s book, he showed several pages, one of which included a sex scene. That book doesn’t have pictures, the scene is only text.

Barnes & Noble has not responded to the legal actions.