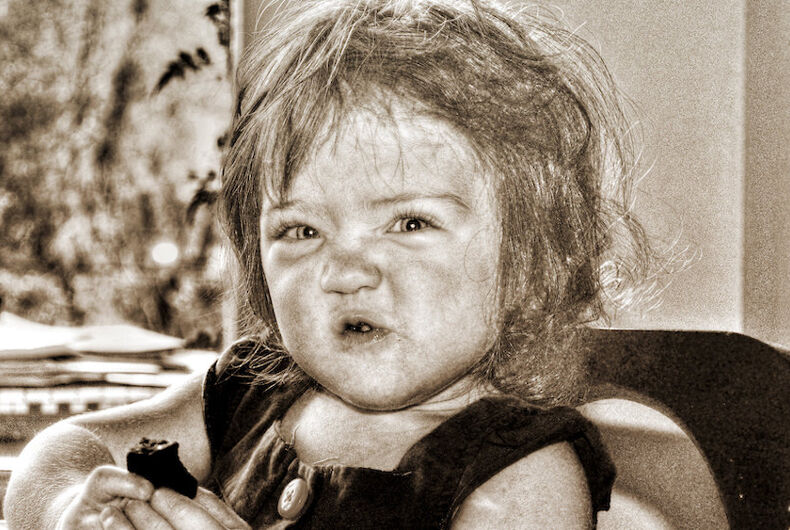 Some things seem to be universal. You look at something repulsive, like a picture of a car wreck, and everyone would be repulsed. Disgust wouldn’t know political ideology.

Except apparently, it does.

Studies have shown that how you react to repulsive things–whether it’s the idea of maggot-ridden meat or the smell of vomit–actually correlates to what you’re political views are. The more you are disgusted by something, the more likely you are to be conservative in your politics.

If that’s a surprise to you, it was for the scientists who decided to test the idea as well.

When neuroscientist Read Montague set up a study in the mid-2000s, he was pretty skeptical. The idea was to test the hypothesis that political orientation may be partly inherited, somehow hardwired into our physiology.

Montague showed volunteers a variety of images, including mutilated animals, filthy toilets, and faces riddled with sores, while scanning the volunteers’ minds. When he saw the results, the told The Atlantic, “my jaw dropped.”

Both liberals and conservatives reacted to the images. But different parts of their neural networks were activated. Based on where the activity was, Montague could predict with more than 95 percent accuracy whether a person was a liberal or a conservative. (Photos of bunnies and smiling babies had no such correlation.)

That was just one study. According to The Atlantic, a lot of studies found that the intensity of your disgust is closely tied to “a conservative ethos.” The magazine defined that as having “such characteristics as traditionalism, religiosity, support for authority and hierarchy, sexual conservatism, and distrust of outsiders.”

If disgust and conservative political beliefs are closely tied by biology, then the right’s vicious attacks on LGBTQ progress are designed to appeal to exactly that sense of repulsion.

The same scaremongering–or disgust-mongering–is prevalent today. The endless talk about bathrooms when it comes to transgender people is designed to associate them with something inherently dirty. Similarly, the growing slander linking LGBTQ people to pedophilia is yet another attempt to light up the neural networks of disgust among conservatives, however unwittingly.

Unfortunately, the disgust mechanism in conservatives handily ties into a worldview of their world being overrun by people unlike them. Perhaps there was once a biological reason to be concerned about outsiders as the source of contagion. Having that linger in people’s neurology just makes a change that much more difficult.

Worse still, disgust is something that people don’t notice and aren’t likely to modify in themselves. It is “less open to change based on your judgment, your thoughts, your reasoning,” David Pizarro, a psychology professor at Cornell, told The Atlantic.

That means that appealing to the lowest common denominator in the basest terms can be a political winner, for those inclined to accept the message. There’s only one word for that conclusion: disgusting.

Image of the Week: Praying the gay away