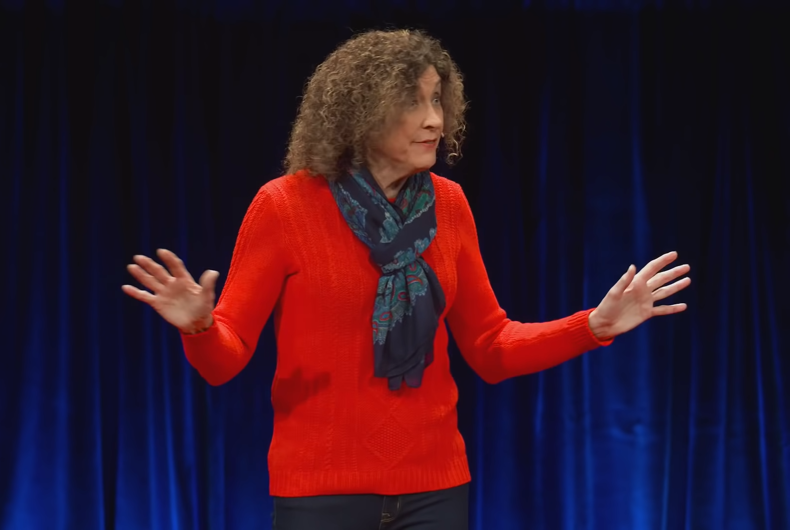 Reverend Dr. Paula Stone Williams was the head of a large religious not-for-profit. She preached in megachurches and appeared regularly on television. She climbed the ladder of success, she says, before realizing it was leaning against the wrong wall.

“I was a successful, well-educated, white, American male,” she told the audience at a TedX talk in Denver.

Related: Heterophobia: Is it real?

When she transitioned, she lost “every single job.” After coming out, she learned that while it is illegal to discriminate against trans people in some states, it’s legal in all 50 for a religious institution to discriminate.

“Good to know,” she quipped.

But what has she learned about the differences between men and women as someone who has “lived life from both sides?”

“The differences are massive,” she told the chuckling audience.

From the pockets on women’s jeans to getting a job, the gender differences are obvious, she says, and not always laughable.

“I can’t count the number of times I’ve said to Cathy, my former wife, “I am so so sorry!” she said. “I just didn’t know what I didn’t know.”

“There is no way that a well-educated white male can ever understand how much the culture is tilted in his favor. There’s no way he can understand it, because it’s all he’s ever known – and all he ever will know.

“And conversely,” she continued, “there’s no way that a woman can understand the full import of that because being a female is all she’s ever known.”

“She might have an inkling that she’s working twice as hard for half as much, but she has no idea how much harder it is for her than it is for the guy in the Brooks Brothers jacket in the office across the hall. I know. I was that guy.”

So what did she learn? You’ll need to watch to find out.

Pastor said “God wanted” underage girl to be his spouse. So the church approved.