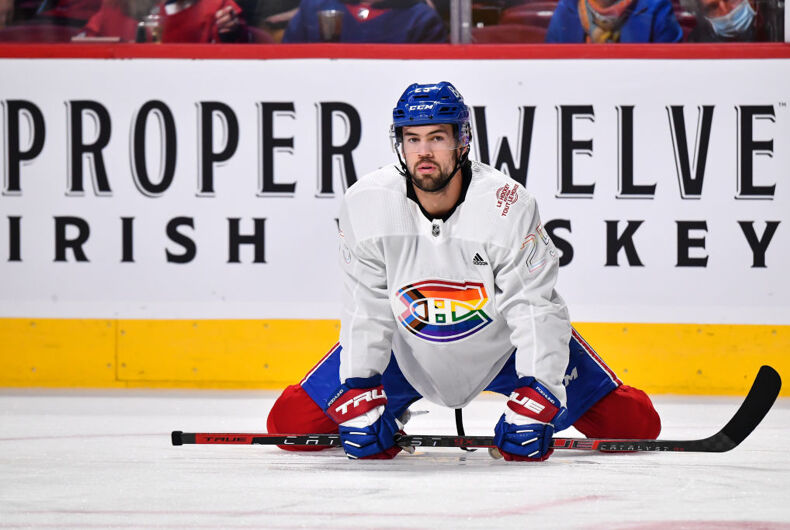 MONTREAL, QC - APRIL 16: Ryan Poehling #25 of the Montreal Canadiens stretches as he wears a special jersey adorned with the Progress Pride Flag for LGBTQ+ night during warmups prior to the game against the Washington Capitals at Centre Bell on April 16, 2022 in Montreal, Canada. The Washington Capitals defeated the Montreal Canadiens 8-4. (Photo by Minas Panagiotakis/Getty Images)Photo: Getty Images

When the Washington Capitals faced off with the Montreal Canadiens over the weekend, the game was held on LGBTQ Pride Night and players were ready to go. In this photo, Ryan Poehling #25 from the Canadiens sports the special jersey the team wore for the game, featuring the Progress Pride Flag.

Daniel Quasar designed the updated Pride flag, but unlike the original rainbow flag’s designer, Gilbert Baker, Quasar’s Progress flag isn’t given freely to the community. Quasar demands payment for using their design for the flag, so by wearing the jerseys, the team put money in the pocket of a queer graphic artist.

The Capitals won the game.