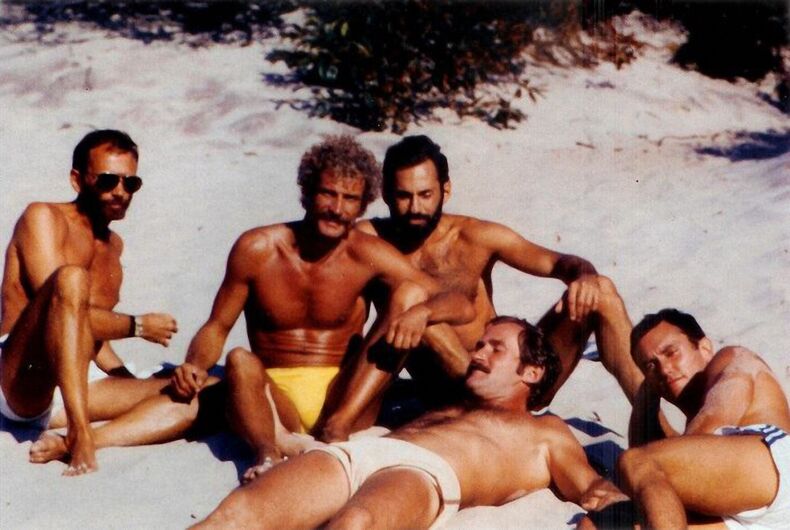 With winter melted and spring in full bloom, summer will be heating up soon. What better way to get into the sunny spirit than a treasure trove of classic 1980s DJ sets discovered on the sandy shores of Fire Island itself?

The DJ sets — filled with deep house, pop, disco, and electronica — were discovered inside of a home recently purchased by husbands Peter Kriss and Nate Pinsley within Fire Island’s Pine Walk area. The house’s previous resident of 40 years left behind over 200 cassette tapes inside three milk crates, and at first the couple thought they must contain terrible music.

But then they realized the tapes contained complete DJ sets from iconic New York venues and events such as The Saint, The Danceteria, the annual Gay Men’s Health Crisis Morning Party, the White Party in Fire island, and many others. The sets were recorded from 1981 to 1990 and feature such DJs as Giancarlo, Teri Beaudoin, Michael Fierman, Michael Jorba, Richie Bernier and many others.

“At first, I was like, ‘Oh my god, what are we going to do with these?’ I think I saw a Billy Ray Cyrus album on the top and was like, ‘No-one’s going to listen to these.’ But beneath a layer of commercial albums, there were all these cassette tapes from places we recognized like the Saint, although we’d never been there. A little before our time,” Kriss said.

The husbands handed the tapes over to their friend, Brooklyn-based DJ, Joe D’Espinosa, and he began digitizing and remastering them to preserve for future generations. He also put the entire archive, now known as “The Pine Walk Collection” for free to listen to on Mixcloud.

As GayCities wrote, “For many older people, the sets are taking them back to their youth. For younger listeners, they offer a time capsule from a bygone age.”

“It’s really interesting, seeing some of the reactions people are having online,” D’Espinosa told the website. “It runs the gamut. There are, of course, people who lived in these times. I’m even seeing comments from people saying, ‘I remember this party, I remember what I was wearing!’

“But there’s an entire younger generation of people who are discovering these too, and really appreciating the legacy and history,” he added.

While the music has true queer historic value, they’re also chockfull of deep cuts and old favorites, some of which have gone unheard of since its time. The collection undeniably holds up today and provides a vivacious vintage vibe for slipping into a true summer groove.