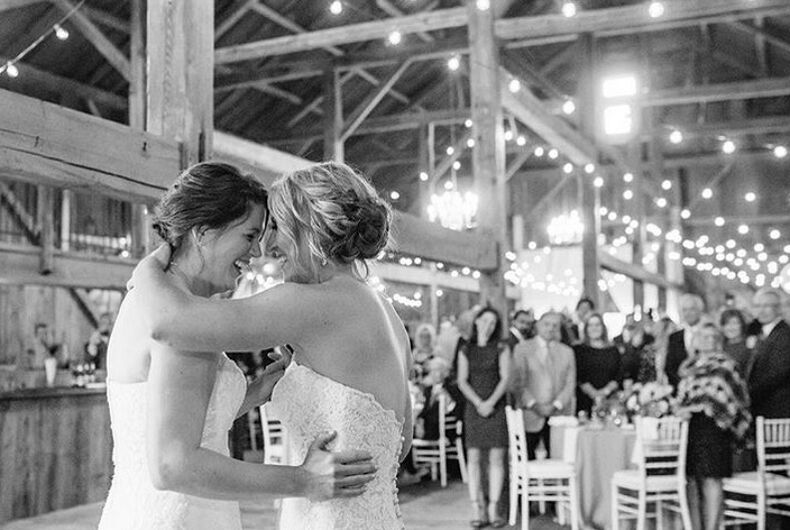 Two Olympic rivals just got married this past weekend.

Duggan’s team got the gold at the 2018 Winter Olympics.

The two faced off at the Winter Olympics at the 2010 and 2014 Olympics, where the US came in second place to Canada both times.

Between the two of them, they have four gold medals.

The women tied the knot at a farm in Maine, surrounded by family and friends and bridesmaids, several of whom are themselves Olympians.

Duggan described it as “the most incredible day of my entire life,” as she shared photos on Instagram.

The most incredible day of my entire life ❤️ (📸: @elizabethladuca)

Nothing but smiles after this amazing weekend ❤️

Congratulations came in on social media for the former rivals, including from Team USA’s official account.

True love overcomes even the largest of rivalries. 🇺🇸🇨🇦️

Congrats to @mduggan10 on her marriage to Gillian Apps.

Did Brett Kavanaugh nail a dead pigeon to his gay roommate’s bedroom door?