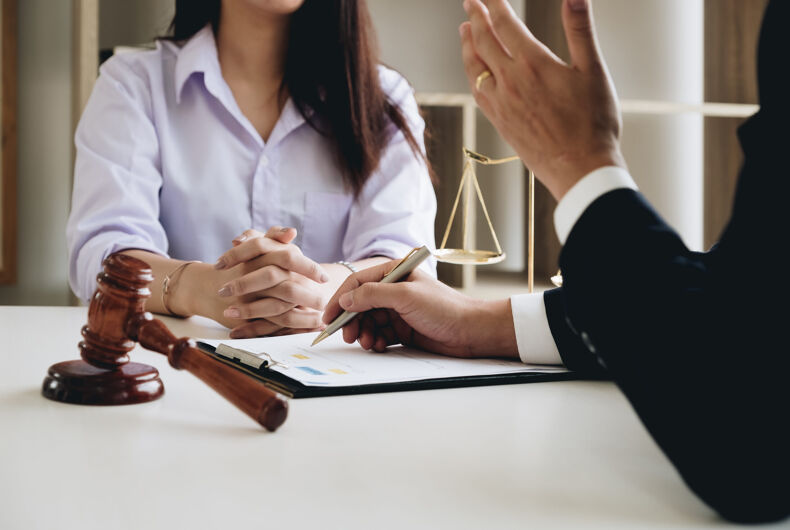 Four parents in Ludlow, Massachusetts are suing the school district for policies that, they say, allowed their children to identify as transgender. The parents have accused the schools of adopting the policies without following state law.

Ludlow schools allow students to choose their own pronouns and names and ban teachers from outing kids to their parents without their permission, according to the Sunday Globe Magazine.

The lawsuit — filed by Stephen Foote and Marissa Silvestri, parents of two Ludlow schoolchildren, and Jonathan Feliciano and Sandra Salmeron, who also have kids in the district — allege that the district’s trans-affirming policies aren’t formally written down, violating state requirements and their due process rights under the state and U.S. Constitutions.

The suit states that in September 2019, sixth-grade students in Paul R. Baird Middle School were asked to make videos in which they stated their gender identity and pronouns. When Foote and Silvestri objected to school administrators about the assignment, the school allegedly told them it wouldn’t be repeated without requiring parental permission forms, their lawsuit alleges.

Foote and Silvestri also say that the district’s former superintendent Todd Gazda, the middle school principal Stacy Monette, and the teachers ignored their wishes and addressed both of their children by names and gender identities that don’t match the ones listed on their children’s birth certificates. Their child changed their preferred name at school at least twice since December 2020 without getting permission from their parents, The Boston Globe reported.

When the parents approached Monette about their complaint, Monette implied “that the school knew better than the parents what was best for [their children] with regard to the gender identity issue,” the court filing claims.

The parents want the district to admit that their rights were violated, to end the district’s gender-affirming policies and to require school staff to out their trans kids to parents, even if the kids don’t consent. The parents are being represented by Andrew Beckwith, president of the Massachusetts Family Institute, an anti-LGBTQ group that also opposes abortion and drug legalization.

“This lawsuit is about protecting the right of parents to raise their children without the interference of government officials,” Beckwith said in a statement. “By deliberately circumventing the authority of parents over the mental health and religious beliefs of their children, activists at the Ludlow schools are violating time-honored rights guaranteed under the US Constitution and the Massachusetts Constitution.”

Numerous studies have found that trans youth have more positive mental health outcomes when they feel supported by adults, peers, and other community members.

This week on LGBTQ Twitter: Inspiration for the fight to protect our kids