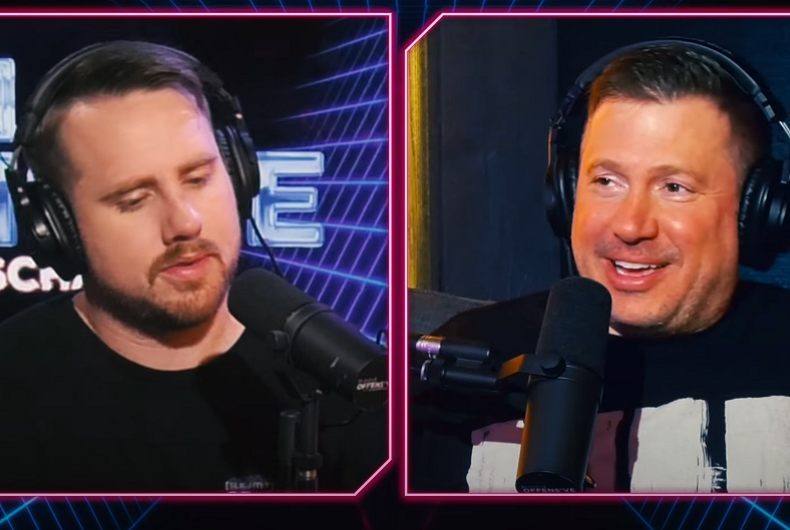 Elijah Schaffer is the host of the [Slightly] Offensive show on the far-right channel Blaze TV, which was founded by former Fox News host Glenn Beck. He was mocking an unnamed person who was talking about a “mass genocide” of trans kids in Texas, not believing that anyone would want for trans kids to stop existing.

“Yeah, we all have to put a trans kid and drag them behind a truck,” his co-host and fellow Texan Dave Landau joked.

“How many trans kids did you kill this week?” Schaffer said.

“Uh… six, they come with a toll tag,” Landau said.

“You told me you did three, I did four, I was trying to beat you this week.” Schaffer responded.

“The Blaze ships us the better trans kids. You should really talk to them,” Landau said, referring to the hosts of Louder with Crowder, of which he is one.

“I feel really cheated because I get like My Patriot Supply ads and stuff, meanwhile you get trans kids to genocide!” Schaffer replied.

“They come in a tackle box, it’s like a half-dozen. And you kill them any way you want, it’s pretty good. Only in Texas, though, apparently,” Landau said. “I didn’t know that cause I’ve been killing them everywhere so I better stop.”

“Me too,” Schaffer said. “I started in California — talk about the Trail of Tears, I did version two, it’s a new movie.”