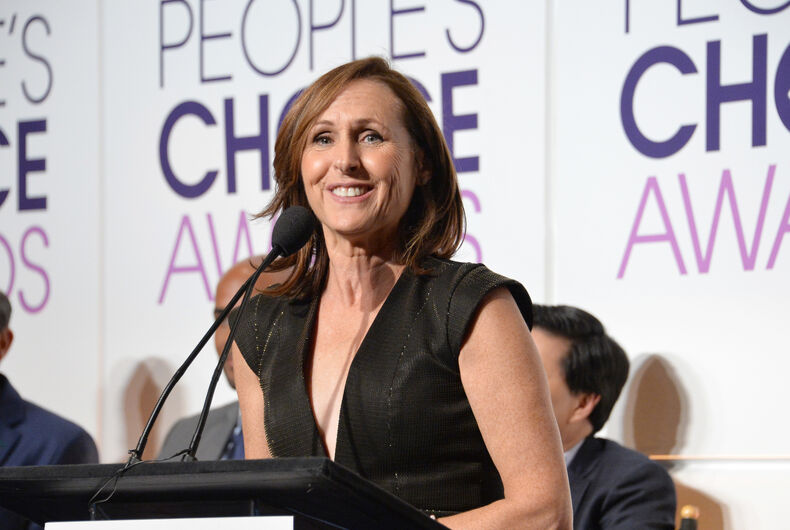 Comedian and actor Molly Shannon opened up about her closeted gay dad in a touching interview with Howard Stern, describing how she found out and what it had done to him.

Shannon, a former Saturday Night Live cast member, has written a new memoir, Hello, Molly!, and includes the details in the book.

When she was young, her father was driving drunk and had an accident that killed her mother, sister and cousin. She and Stern spoke about the guilt he carried after that and explored the depths of what haunted him.

“Your dad was dying of prostate cancer, and you put together that your dad might have been a closeted gay man his whole life,” Stern said. “And this is the horror of our world, because these assholes, attacking gay people even today and making ‘gay’ bad, maybe that’s why he was drinking and why he was an alcoholic.”

“Yes Howard, you hit the nail on the head,” Shannon replied.

“It was my last week of Saturday Night Live, my very last show, such a big deal for me,” Shannon explained. “He showed up to my apartment my last week, but he was drunk when he showed up, and I was so bummed because he really hadn’t been drinking for a long time, he had been sober for a few years, you know?”

She went on to explain that he had shown up with a college student he had picked up at a bar. She ended up calling her manager, Steven Levy, after kicking them both out of her apartment. Levy is an out gay man.

Six months before he died, she said, she finally mustered up the courage to ask him about it. Was he gay?

“Most definitely,” he replied.

And after all the years, Shannon said she’d finally started to figure out what drove her father to alcoholism and depression.

“So of course you’re going to drink. Imagine if you couldn’t be who you were sexually. It’s horrible,” she said.