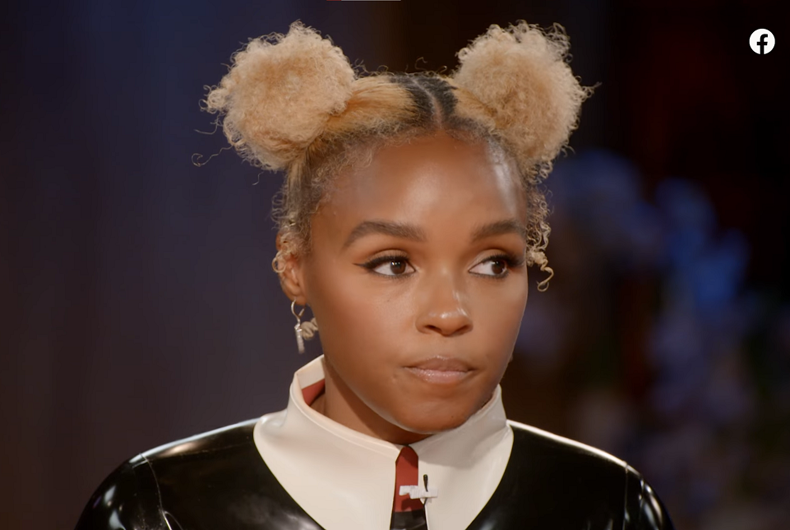 Monáe tweeted the tag #IAmNonBinary in January 2020, leaving fans wondering if they were coming out at that time until Monáe said that they were joining in promoting a popular hashtag as an ally, “in support of Non-Binary Day and to bring more awareness to the community.”

Related: ‘Pansexual’ became one of the most looked up words of 2018 after Janelle Monáe came out

But now they’re ready to affirmatively say who they are.

“I’m non-binary, so I just don’t see myself as a woman, solely,” they said on Red Table Talk. “I feel all of my energy. I feel like God is so much bigger than the ‘he’ or the ‘she.'”

Monáe did not specify which pronouns they use.

In 2018, Monáe came out as pansexual after years of putting queer references in their music and the resulting fan speculation. They explained at the time that their album Dirty Computer was an affirmation of their identity.

“A lot of this album is a reaction to the sting of what it means to hear people in my family say, ‘All gay people are going to hell,’” they said at the time.

“I want young girls, young boys, non-binary, gay, straight, queer people who are having a hard time dealing with their sexuality, dealing with feeling ostracized or bullied for just being their unique selves, to know that I see you.”

On Red Table Talk, they explained that they’re from a “super conservative Baptist” family, but that their family has been understanding of their identity.

“Somebody said, ‘If you don’t work out the things that you need to work out first before you share with the world, then you’ll be working it out with the world,’” they said.

“And also I hadn’t had the necessary conversations with my family. I wasn’t ready to have my family question my personal life or get calls from people who still look at me as Little Pumpkin… that’s what they call me back home.”

“That’s what I didn’t want to do. So I thought I needed to have all my answers correct, I don’t want to say the wrong thing.”