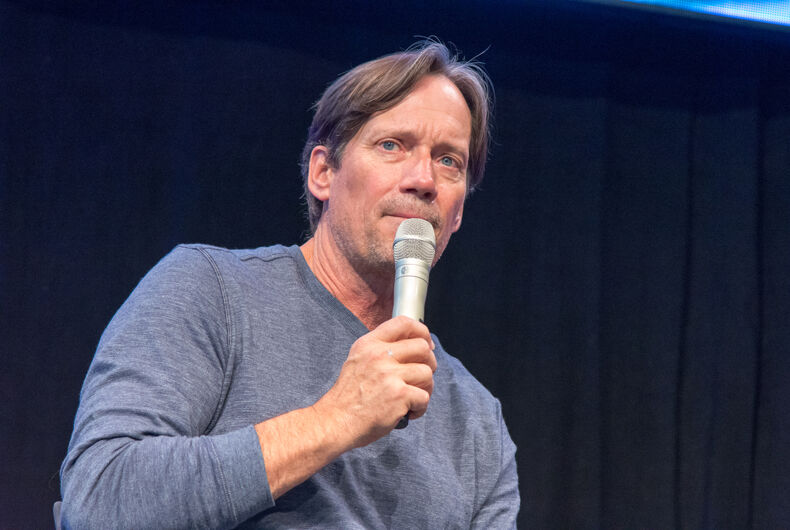 Hercules actor Kevin Sorbo was roundly mocked over the weekend for not knowing what pronouns are.

“If CNN+ had pronouns they’d be was/were,” he wrote, referring to the video streaming service launched several weeks ago by the cable news channel. Warner Bros. announced that they will be shutting it down at the end of this month because the company wants to form a single streaming service for all of its properties.

Related: Lucy Lawless gutted Kevin Sorbo after he claimed on Twitter that MAGA rioters were liberals

If CNN+ had pronouns they’d be was/were.

Sorbo isn’t the first prominent conservative to not quite understand what pronouns are while making a joke about the LGBTQ practice of sharing one’s pronouns.

Earlier last year, Rep. Lauren Boebert (R-CO), another far-right member of Congress, was mocked for saying “My pronoun is ‘Patriot.’”

And Sorbo got mocked on Twitter for his claim that “was/were” are pronouns.

Those are called VERBS.

Let’s all take a moment to bask in Kevin Sorbo’s Herculean stupidity. https://t.co/efPRRqL3IT

Those are verbs. Sure, keep banning books

How did your make it through grade school without understanding the difference between a verb and a pronoun?

These are verbs, actually.

Those are past tense verbs, like when referring to your career.

Those are verbs you fucking moron

If Kevin Sorbo had a tagline, it would be “I don’t know the difference between a pronoun and a verb.”