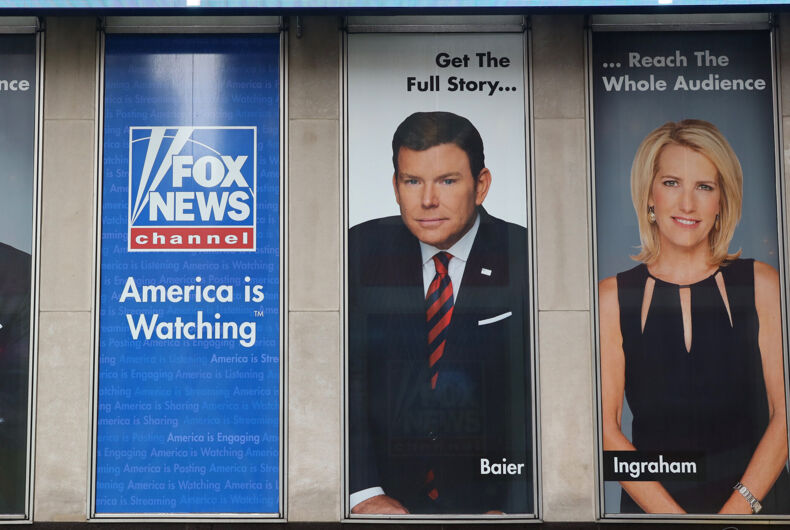 Fox News has claimed that New Jersey schools are practicing “psychological torture” and “predatory grooming” on first and second graders because of one school district’s not-yet-used lesson plans on gender identity.

In response, the state’s Democratic Gov. Phil Murphy has instructed the state’s Department of Education to review all LGBTQ-inclusive sex education standards, which are set to start in fall 2022.

Related: Disney donated $190K to Republicans in Florida while they were working on Don’t Say Gay law

The lesson plans, included in a list of resources for Westfield Public Schools, encouraged teachers to ask first graders about gender stereotypes and have second graders correctly identify at least four body parts of male and female genitals.

The lesson plans were developed to meet the state’s revised Comprehensive Health and Physical Education curriculum, but they were offered only as resources to teachers and weren’t required for use, District Superintendent Dr. Raymond González told Fox News.

However, from April 8 to 11, Fox News hosts and guests repeatedly mentioned the lesson plans and vilified teachers and transgender people over them, The Los Angeles Blade reported.

Washington Times opinion editor Charlie Hurt said the curriculum “goes beyond just predatory grooming. This goes to the point of really psychological torture of children,” adding, “Nobody wants their children to be preyed upon by really sick demented people like this.”

Fox News Radio host Jimmy Failla said the “abusive” lesson plans would be “introducing… conflict” into children’s lives. Fox & Friends co-host Will Cain said the lessons were about “talking to seven-year-olds about sex.”

Fox Report guest Ian Prior, an anti-critical race theory activist who heads the group Fight for Schools, called the lessons “gender ideology,” attacked trans athletes and claimed the lessons “could have irreversible damage [for children] later on.”

A Fox News website article called the lesson plans “an attempt to sexualize our precious children.”

In a statement, Gov. Murphy said, “Our students receive age-appropriate and inclusive health education, which is critical for their physical, mental, and emotional development and well-being…. Parents always have and always will have a say in their child’s education, which includes opting their child out of any health lesson that they would rather discuss in the privacy of their own home.”

“Unfortunately, our learning standards have been intentionally misrepresented by some politicians seeking to divide and score political points,” the governor’s statement continued. “At the same time, we have seen a handful of sample lesson plans being circulated that have not been adopted in our school districts and do not accurately reflect the spirit of the standards.”

Fox News’ comments comes amid a wave of national legislation seeking to ban trans athletes and LGBTQ content from schools. The rhetoric, comparing teachers and queer people to child molesters, is encouraging violent attacks on both.

Fox News’ own LGBTQ staffers and allies are speaking out now against their company’s harsh anti-LGBTQ rhetoric defending Florida’s Don’t Gay Say law and other anti-LGBTQ legislation in states across the United States.