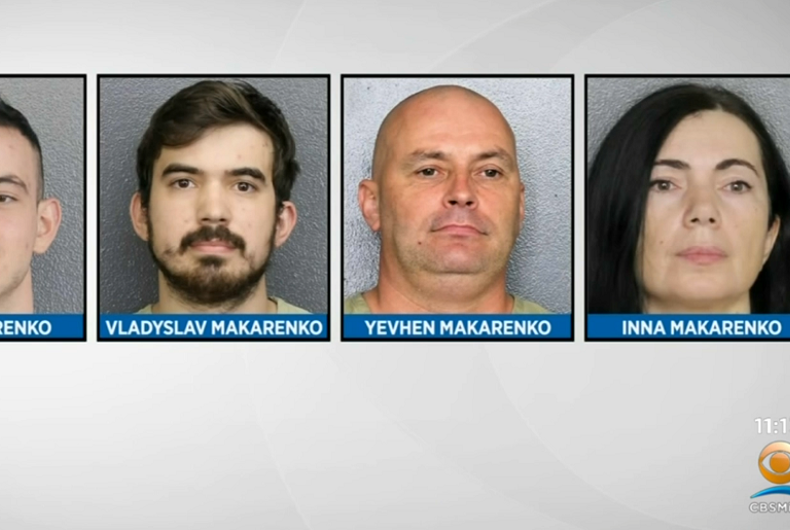 An entire family is facing attempted murder and hate crimes charges for attacking one of their son’s boyfriend and leaving him blind in the brutal beating. Now the motive has been revealed; they believed that he turned their son gay.

The family found out about the relationship between Oleh and the victim in July 2021, the victim told police, and “his father was treating him poorly and not accepting him, and his mother was forcing him to marry a woman.”

The victim said that a few weeks later, Oleh asked for his address, even though Oleh would often stay at his place and even had a key to it.

At 1 a.m., he went to open the gate, and he saw Oleh and the Makarenko family, who he had seen in pictures. Yevhen and Vladyslav Makarenko started to beat the victim while Oleh and Inna Makarenko watched.

The victim told Inna Makarenko, “Unfortunately your son is gay,” and then one of the family members grabbed an unknown object and hit the victim’s face.

“After falling to the floor, he pretended to be dead so they would believe he was dead and stop beating him,” the police report says.

Police found him unconscious with blood surrounding him on the floor during a visit to the apartment complex for other reasons, 14 hours after the attack. Police noted that his door was still open and that his property had been damaged as well.

It took the victim six months to get his memories of the events back and that’s when police were able to arrest the family. But the victim will not get his eyesight back.

The Makarenkos’ attorney said that they “had nothing whatsoever to do with the apparently awful injuries the gentleman sustained.”

The entire family is facing counts of first-degree attempted murder, burglary with battery, and kidnapping. All the family members except for Vladislav Makarenko are facing hate crimes enhancements as well.