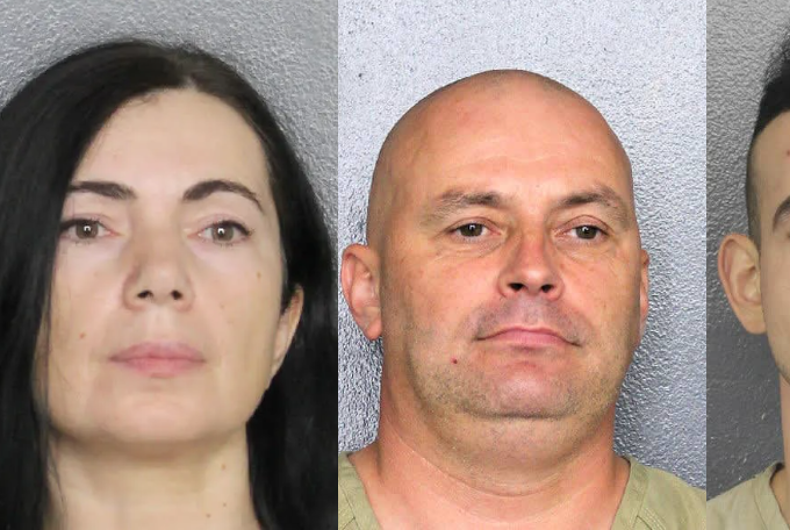 A family in Florida is facing counts of first-degree attempted murder, burglary with battery, and kidnapping, all with hate crimes enhancements, following an alleged attack that left the gay victim permanently blind.

Prosecutors with the Broward County State Attorney’s Office didn’t give many details about the alleged August 6, 2021 attack when they announced that Inna Makarenko, 44, Yevhen Makarenko, 43, and Oleh Makarenko, 21, were arrested this past March and are all facing charges because they are “accused of severely beating a man based on his sexual orientation.”

The 31-year-old victim, a gay man, lives in Pompano beach and was “severely beaten” during the alleged attack.

“He has been permanently blinded and sustained other serious injuries as a result of the incident,” the Broward County State Attorney’s Office said in a statement. According to court documents, the family brandished a firearm during the attack.

The victim has asked that his name not be made public.

A fourth person, Vladyslav Makarenko, 25, was transferred from a jail in Alabama to Florida. Prosecutors have not said whether he will be facing charges in the case yet.

All four of the defendants are being held without bond and Assistant State Attorney Darryl Torres of the State Attorney’s Office Hate Crimes Unit is handling the case.

Florida’s hate crimes law allows for enhanced penalties for crimes committed because of the victim’s sexual orientation. The law does not include gender identity as a protected category.

Did the gender pay gap lead to WNBA player Brittney Griner getting arrested in Russia?