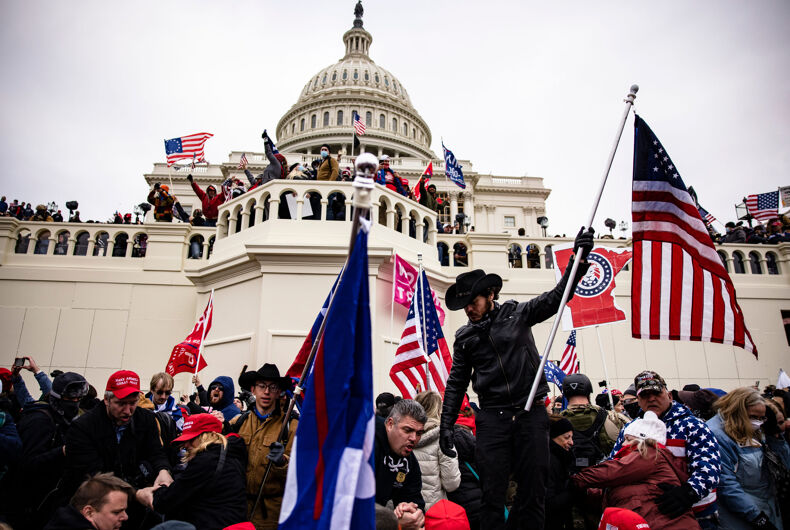 When the events of January 6 were unfolding, it was easy to label them as an insurrection. Trump certainly fanned the fires. (Remember “Be there. Will be wild.”?) The then-president obviously hoped that the crowd would intimidate Congress and slow the process down. But without a clear understanding of what was happening in the White House, it was easy to look at everything as events spiraling out of control.

It’s impossible to look at January 6 that way anymore. As the House Congressional investigation delves deeper into what led up to the storming of the Capitol, it’s clear that January 6 wasn’t an insurrection. It was a failed coup, driven by the White House.

Yet somehow the magnitude of that reality hasn’t quite made its way into the national consciousness. The failure of the nation to grapple with the most direct assault on democracy from those sworn to uphold it all is a bad sign for the future.

A lot of the problem lies with the mainstream media. The media has been very dutifully reporting on the news as it becomes available, so it deserves credit for continuing to keep information flowing as it becomes available. One issue is that information comes out in bits and pieces, so it’s difficult to piece together the big picture that underscores just how great an assault on the Constitution the Trump administration was planning.

Instead, we get stories about discussions on how the White House planned to direct the rally attendees to head to the Capitol, how Trump considered seizing voting machines, or how various GOP leaders worked behind the scenes to offer Trump support for his attempt to overturn the election results.

The latter story is the one that has gotten the most traction, particularly in the case of House Minority Leader Kevin McCarthy (R-CA), who was quoted by The New York Times as having said he would tell Trump he needed to resign in the wake of January. 6. McCarthy denied he said any such thing, only to be confronted with an audiotape of him saying exactly that.

But this allowed the Times to retreat to comfortable territory: as the paper put it, “the hypocrisy of Republicans who have privately scorned Mr. Trump while publicly defending him.”

Political hypocrisy is hardly a news bulletin, particularly when it comes to Trump. The issue, in this case, isn’t hypocrisy. The issue is that confronted with a direct assault on the Constitution that he was sworn to uphold, McCarthy not only chose not to carry out his duties but then actively went out of his way to give comfort to an enemy of democracy and enable his return to power.

The media has never confronted this kind of crisis before and they have no way to handle it. Sen. Mike Lee (R-UT), who likes to style himself a Constitutional scholar, will not be banned from being quoted in newspapers or appearing on Sunday news shows despite working behind the scenes to overturn the election. McCarthy will suffer his embarrassment for a while and then he’ll be back to being quoted about how terrible a president Biden is, with nary a question about his own role in undermining Biden’s election.

Perhaps when the House committee finishes its work and releases a blockbuster report, the media will step up and call the coup for what it is. In the meantime, it’s not for want of trying on the part of the committee members. Just last week, in an interview, Rep. Jamie Raskin (D-MD) was blunt, telling Reuters, “This was a coup organized by the president against the vice president and against the Congress in order to overturn the 2020 presidential election.”

You can’t get plainer than that. Just don’t expect the media to report it that way.