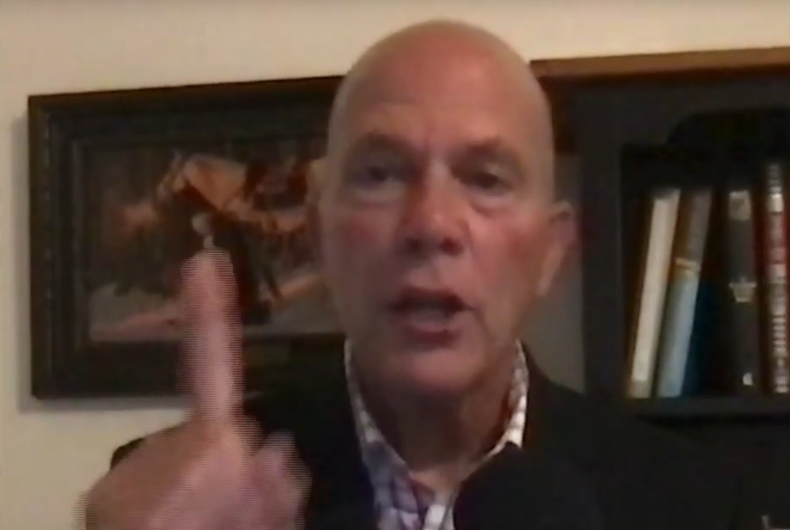 Dan Celia, who hosted a radio show on American Family Radio (AFR), has passed away due to complications resulting from COVID-19.

Charisma News reports that Celia died last Wednesday, March 30, at the age of 68 after “six weeks in the hospital battling COVID-19 before his death. He is now with his Lord and Savior, whom he loved and served so well.”

AFR is owned by the American Family Association (AFA), an anti-LGBTQ hate group. Celia also ran Financial Issues Stewardship Ministries, where he taught people about what he called Biblically Responsible Investing (BRI), which he used to mean avoiding investing in corporations that support “abortion, pornography and anti-family causes.”

“This is a deceiving trend among corporations,” Celia said in a 2019 press release, “especially as ‘socially responsible’ often means partnering with and funding organizations like Planned Parenthood and furthering anti-family and LGBTQ agendas. ‘Social responsibility’ in corporate America—and the groups they listen to—is very different than what I and many others involved in biblically responsible investing (BRI) would interpret as socially responsible.”

The website for his Financial Issues Stewardship Ministries touts his anti-LGBTQ credentials. “It is such a joy to know that when we are investing we are not supporting abortion or homosexuality or the many other politically correct issues that are part of our society today,” reads a testimonial from “Sally” in Missouri.

Financial Issues Stewardship Ministries also includes anti-LGBTQ sentiment on their list of their most important beliefs, calling for “a national definition of marriage as being between one man and one woman.”

When the COVID-19 pandemic hit, though, Celia’s devotion to the far-right may have led him to oppose the vaccines.

“Some are saying, ‘Well, all you really need to do is get a third vaccine,’” he said last year in a description of one of his radio shows. “So the so-called ‘vaccine’ continues to be the great American experiment. We are all Guinea pigs for the fastest approved vaccine — maybe because it’s not a vaccine. It’s being used without FDA authorization as a vaccine, instead as an experimental emergency use drug.”

“There’s always more money to be made by pharmaceuticals, but that’s not the problem. What is the issue is more social control for governments around the world.”

There are actually several vaccines available to prevent severe cases of COVID-19 that have been found to be safe and effective. They were all authorized by the FDA.

Five of the best LGBTQ moments from the 2022 Grammy Awards