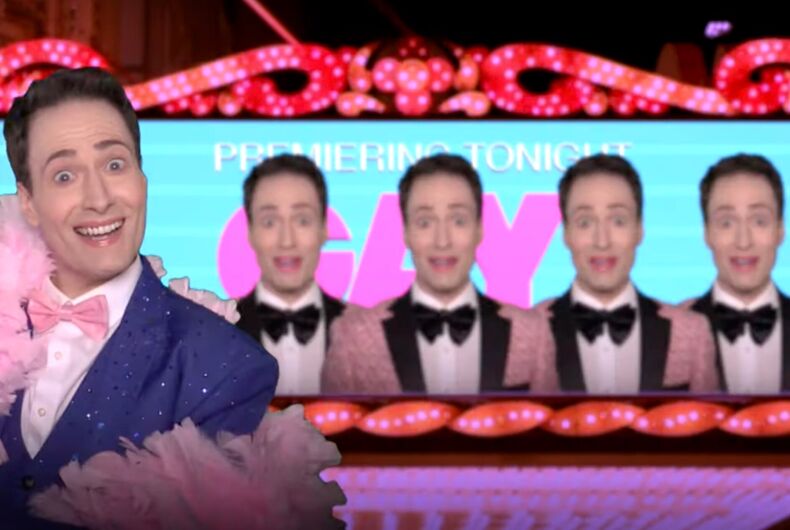 Out comedian Randy Rainbow, who is known for his satirical videos, has made Florida Gov. Ron DeSantis (R) his target in a new parody video criticizing the “Don’t Say Gay” bill, which DeSantis recently signed into law and prohibits elementary school teachers from talking about LGBTQ issues in the classroom.

After opening with his signature faux interview style in which he pretends to speak directly to DeSantis, Rainbow launches into a song all about how gay he is.

Related: Five of the best LGBTQ moments from the 2022 Grammys

Among many other moments, he declares that he is as “queer as a drag queen’s brassiere” and “gay as a Broadway premier,” all while making sure to call DeSantis “an asshole.”

Young people are coming out in huge numbers. These families found ways to support their kids.