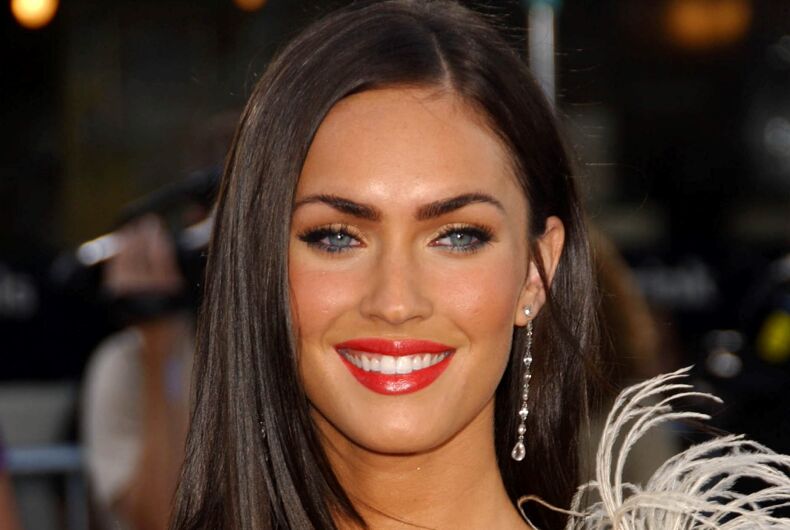 Green enjoys wearing dresses and his schoolmates have laughed at him because of it, Fox revealed in a recent interview with Glamour UK. Her son decided to disregard his bullies and continue wearing dresses because he loves the dresses so much. But Fox said she began working early on in his life to affirm him.

Related: Molly Shannon opens up about her closeted gay dad in touching interview

“I bought a bunch of books that sort of addressed these things and addressed a full spectrum of what this is,” she told the magazine. “Some of the books are written by transgender children. Some of the books are just about how you can be a boy and wear a dress; you can express yourself through your clothing however you want. And that doesn’t even have to have anything to do with your sexuality.”

She said she made these books available to her three kids, incorporating them into their daily lives from a very young age, so that they would never feel “weird or strange or different” about expressing themselves through their clothing.

While it’s unclear whether Green identifies as LGBTQ, support from parents like Fox can literally be the difference between life and death for gender non-conforming youth, especially now that a slew of anti-trans legislation has been proposed in state legislatures nationwide.

A recent poll from the Trevor Project found that about 66 percent of LGBTQ youth said political debates about trans youth has had a negative impact on their mental health. Roughly 85 percent of trans and non-binary youth said the same. Additionally, 78 percent of gender non-conforming students said that they experienced school bullying, according to the National Transgender Discrimination Survey.

Studies have shown that familial acceptance of LGBTQ youth can improve their mental health outcomes, including reducing their likelihood of suicide, Youth.gov reported. That’s why, despite her encouragement, Fox says she still worries about Green.