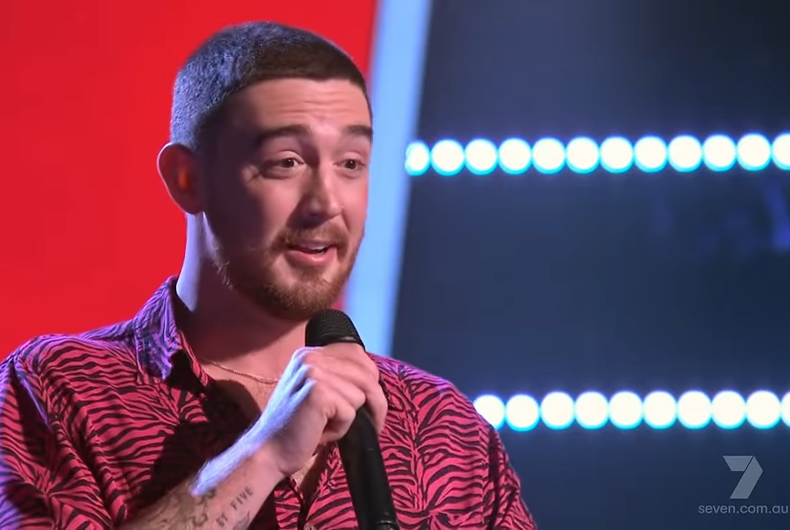 Clarke wowed The Voice Australia judges during the blind auditions and landed a coveted spot in the singing competition within 45 seconds of opening his mouth.

Related: Heterophobia: Is it real?

He belted out Sam Fischer’s “This City” to praise from the judges. All four judges offered to coach him through the competition.

Clarke, who identifies as gay and queer, picked Rita Ora as his mentor.

After judge Guy Sebastian noticed the Olympic rings tattooed on Clarke’s arm, the panel asked which was harder: competing at the Olympics or on television as a singer?

“This is way scarier,” he answered. “Because this is my soul! This is my soul! I’m a robot on the trampoline. But here this is…you’re getting 100 percent me. And that’s really scary.”

Clarke wrote to the LGBTQ sports outlet OutSports during the Olympics to specifically request that they add him to the list of out Olympians competing. Until the Games, he’d only come out to close friends and family.

“When I got onto that Olympic floor with all those other athletes, I danced and smiled, and I was campy and quirky with the whole world watching,” he told the outlet. “I was composed and competed authentically and it led me to be Dominic Clarke, Olympic Finalist and Proud Gay Olympian. I was having a gay old time.”