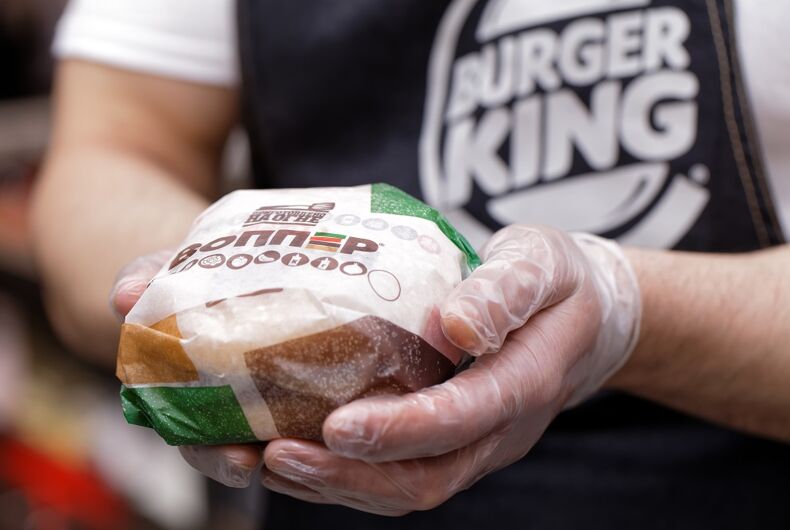 Almost 230,000 people have viewed a video on TikTok in which a Burger King employee decided to use his “gay powers” to get back at an old man who had been harassing his female coworkers.

In the video, Tik Toker Matthew Castellon is shown leaning out the Drive Thru window and saying to the customer, who cannot be seen, “You know what’ll look good on you? Me.”

Related: J.K. Rowling decided to speak on behalf of lesbians & OMG it didn’t go over well

“Customer comes and harasses my female co workers often,” Castellon wrote in the caption. “This is the same pickup line he used last week.”

In text displayed in the video, itself, Castellon added, “When an old man harasses ur female workers use your gay powers to make him uncomfortable.” He also wanted to make sure viewers noticed that he winked at the customer at the end.

And the viewers loved it.

“You a real one fa that. Absolute legend,” one commenter wrote.

“the wink pulled it all together,” said another.

Many also wished they could have seen the customer’s reaction.

Castellon told The Daily Dot that the customer “was stunned” but ultimately proceeded to return the flirtation. He has reportedly only been back once since it happened.

As for whether there will be consequences from his employer for his actions, Castellon hasn’t given it much thought.

“Some things need to be done,” he said.