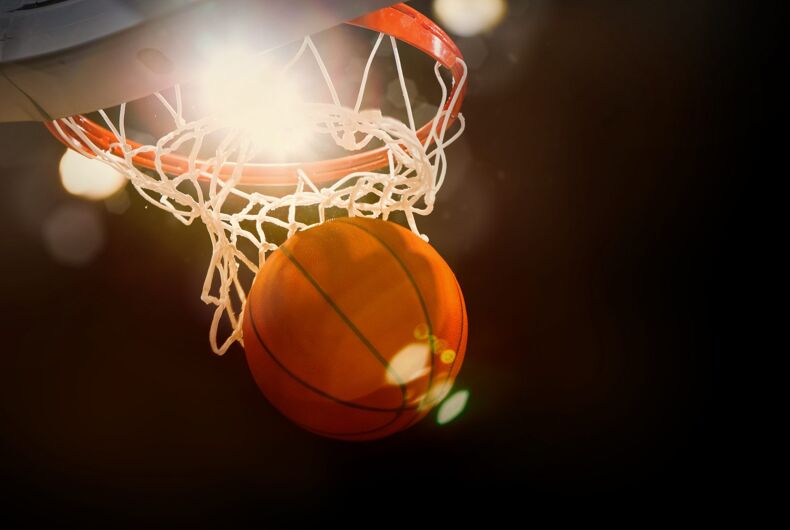 Minnesota high school athlete Alex Bosacker was greeted with support when he came out as gay to his peers and coaches at Saint Peter High School earlier this winter. But as news made its way to rival Minnesota school New Ulm, Bosacker began to experience harassment on the basketball court.

It started with heckling from the bleachers. Students in the New Ulm section shouted that he was going to “touch players groins” during a January game, Bosacker told the Minneapolis Star Tribune. Later in the season, the harassment spilled over from the bleachers to the court.

“I got the gay kid guarding me!” Bosacker recalled a New Ulm player saying.

Over the course of the game, he said, the other player continued his anti-gay taunts while pinching him hard enough to leave bruises.

“The experience was awful,” Bosacker said. “I wanted to leave the court, to just leave my body at some points.”

As a show of support, Saint Peter fans showed up to the next game against New Ulm decked out in rainbow gear. And while Bosacker didn’t notice any anti-gay taunts this time, the hard pinching continued.

As the team was heading home after the game, students from New Ulm pulled up beside the bus and shot at it with a waterball gel gun. New Ulm superintendent Jeff Bertrang said he did not believe the road incident was related to the homophobic harassment.

“It was four individuals making a really poor decision,” Bertrang said. “But perception matters. … One incident can reflect poorly on all of us.”

The student who assaulted Bosacker was reportedly punished, though the nature of the consequences was unclear. In connection with the bus incident, four New Ulm students were cited for disorderly conduct, which holds a maximum penalty of 90 days in jail and/or a $1,000 fine.

More and more high school and college athletes are coming out as LGBTQ, but numbers remain particular low among male professional athletes. The only active NBA player to come out so far was Jason Collins, who retired in 2014.

Bosacker is not the first out athlete to face abuse. In 2016, three high school basketball players were charged with sexually assaulting a gay teammate. And reports of homophobic slurs are not uncommon.