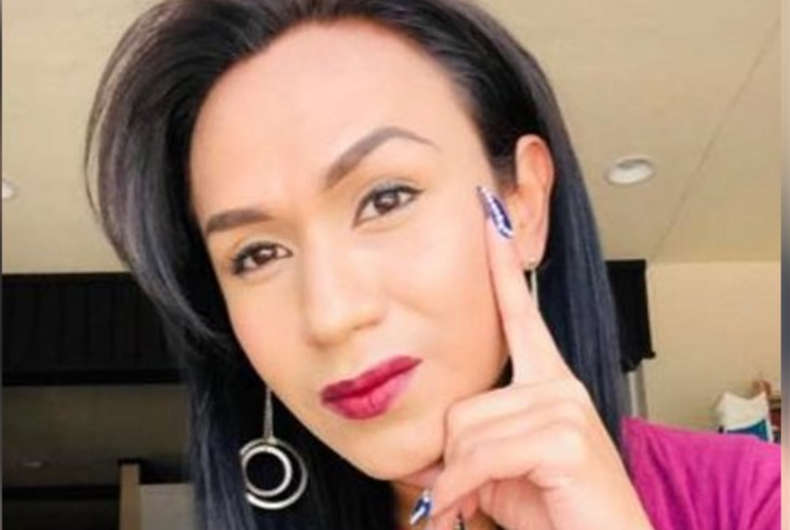 The transgender woman shot to death in Houston has been identified as 29-year-old immigrant Paloma Vazquez.

Vazquez, who was not identified in initial reports, was found dead in her apartment just days before Texas Gov. Greg Abbott directed the state to interpret trans-affirming care as child abuse. According to the Organization for Latina Trans in Texas, Vazquez immigrated to the United States six months ago.

“As most trans women who are here from Latina America, they are here because they are scared of being killed in their own country,” a friend of the victim, Gia Pacheco, told KTRK Houston. “She had just moved into her new apartment and was very excited about decorating.”

“There’s a lot of transphobia in Latin America,” friend Valentin Terrazas added. “They come here for refuge and to better their lives and have a future here.”

Vazquez was discovered by her boyfriend Saturday night and appeared to have been deceased since some time that morning. According to KPRC Click2Houston, the apartment door was unlocked and there were no signs of forced entry.

Police are still investigating the incident, and have not yet identified next of kin or a suspect. While they have not shared any theories about a motive for the murder, Pacheco has a theory.

“Whenever a trans person is killed, they are killed because they are trans,” they explained.

Vazquez is the latest in a long list of transgender women to be murdered in Texas in recent years, including Muhlasia Booker, Chynal Lindsey, Tracy Williams, Karla Patricia Pavón, Brittany White, Nicole Hall, Brandy Seals, Erykah Tijerina, and others.

“Texas is one of the deadliest places in America for trans women and that’s important to look at,” Courtney Sellers, executive director of LGBTQ nonprofit Montrose Grace Place, told KTRK after police found Vazquez’s body.