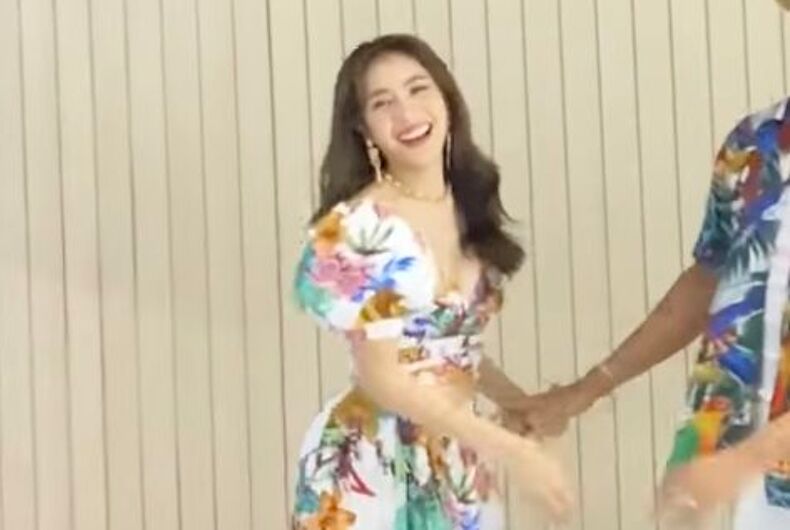 A Thai model says she was deported from Dubai International Airport because she’s transgender.

According to her Facebook post detailing the story, Rachaya Noppakaroon was planning to appear at an event in the United Arab Emirates when she was stopped at the airport because the gender marker on her passport identified her as male, despite her presenting as female.

In Thailand, it is not possible to legally change the gender marker on a person’s ID, so Noppakaroon had no way of providing accurate documentation.

Airport staff held her for nine hours before sending her home to Thailand and telling her to come back when her documents say she is female.

Noppakaroon said it felt like “a nightmare while opening my eyes,” according to Facebook’s translation of her post.

She also asserted she had all of the documents she needed, from a passport to a visa to proof of vaccination.

“They asked me to go to a room and asked me why I was a man,” she said.

And after waiting for hours to be interviewed, she tried to show one of the airport employees proof of her modeling work in Thailand but said he “was more interested in sex.”

“He asked if my boobs were big or small,” she wrote, adding that they forced her to wait in the men’s waiting room.

She also repeatedly mentioned one employee who was kind to her and who checked in to see if she was okay.

Throughout the entire ordeal, she said she couldn’t stop crying.

In the U.A.E., it is also illegal to change one’s gender and there are no anti-discrimination protections for LGBTQ people. Homosexuality is also criminalized, and it is illegal for “any male disguised in a female apparel” to enter a women’s space.

“We don’t blame Dubai employees for this (but we’re angry). We blame Thai law if they look down on us and many people who have to face problems like us. I hope they will see that it’s something that needs to be fixed.”