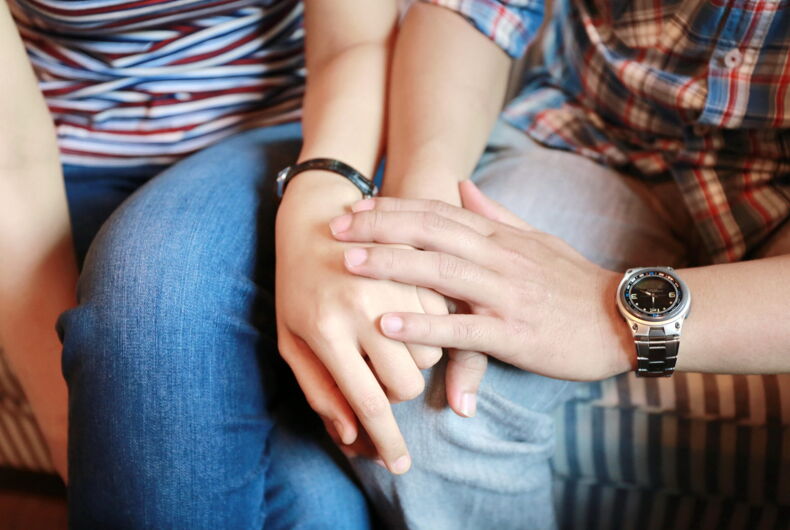 The state of Texas is being sued just days after its governor and attorney general issued a hateful directive calling transgender-related medical care a form of child abuse.

The lawsuit — spearheaded by the American Civil Liberties Union (ACLU) of Texas and Lambda Legal — represents a family with a 16-year-old transgender girl.

The Department of Family and Protective Services (DFPS) allegedly began investigating the family and even visited their home over reports that the family was committing “child abuse” by giving their daughter gender-affirming healthcare for her dysphoria.

The child’s mother, a DFPS employee, was allegedly placed on leave from her employment just hours after the investigation began. A DFPS Child Protective Services investigator also came to the family’s home and demanded to see the child’s medical records. The family refused to hand them over.

The resulting lawsuit accuses Texas Governor Greg Abbott and state Attorney General Ken Paxton of overstepping their legal authority in violation of state law and the constitution as well as of depriving the family of their constitutional rights.

In mid-February, Paxton issued a non-binding opinion stating that gender-affirming health care for transgender youth is a form of child abuse. The following week, Abbott sent a letter to the DFPS demanding that they investigate parents who provide gender-affirming medical care to their transgender children.

Their actions came one year after the Texas legislature tried and failed to pass S.B. 1646, a bill that would have declared parents who allow their trans children to take puberty blockers or hormone therapy to be child abusers.

The Fort Worth Star-Telegram found that Paxton’s opinion on the matter was riddled with “misleading citations.” It cited the Society for Evidence-Based Gender Medicine, an anti-trans advocacy group. It also misrepresented findings from at least three researchers who have since spoken out, calling Paxton’s opinion to be “entirely divorced from medical evidence, consensus and mainstream practice,” harming the very kids he allegedly wants to protect.