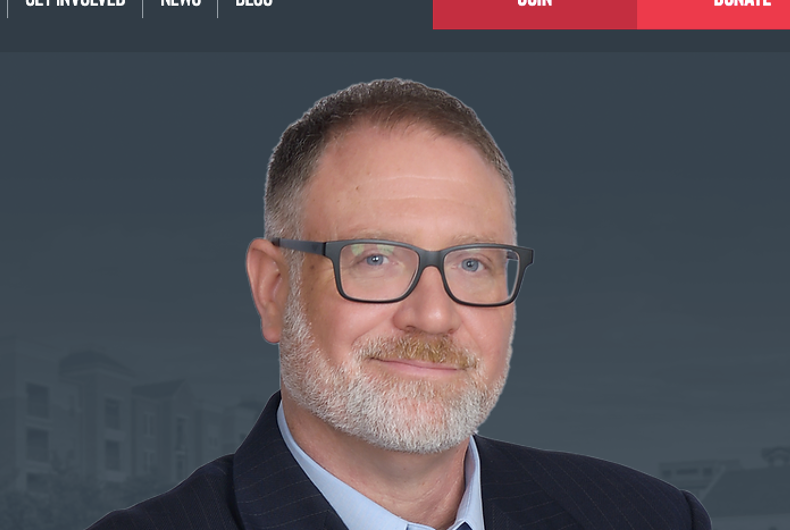 By repeated chanting, “F*** these fascists” and slapping their desks, students at the University of North Texas (UNT) shut down a talk by Jeff Younger, a transphobic Republican running to become a Texas state representative.

Younger had been invited to speak at UNT by the university’s Young Conservatives of Texas chapter. But his talk ended after just 40 minutes.

Tweets about the incident said that Younger called the protesters “communists” and claimed that ‘Trans people don’t exist.”

Anti-trans Texas House candidate Jeff Younger came to the University of North Texas and this is how students responded. pic.twitter.com/vmsH2aV0xf

UNT YCT president Kelly Neidert said she hid in a janitor’s closet to avoid protesters after the event and had to be escorted from the building by campus police, MySA.com reported. A police vehicle hit a protester while escorting Neidert off campus, the Denton Police Department confirmed.

Younger launched his campaign around the infamy he received for trying to stop his own daughter from transitioning. After a judge awarded his ex-wife full custody of their child, Younger began a conservative media blitz, dragging his wife and daughter into the spotlight.

He is 100 percent anti-abortion, opposes mandatory vaccinations (even for communicable, deadly childhood diseases), refers to undocumented immigration on the U.S. southern border as an “invasion”, claims that Iraq has more secure elections than the U.S. and opposes “critical race theory” in schools — a position meant to silence lessons on institutionalized racism in schools.