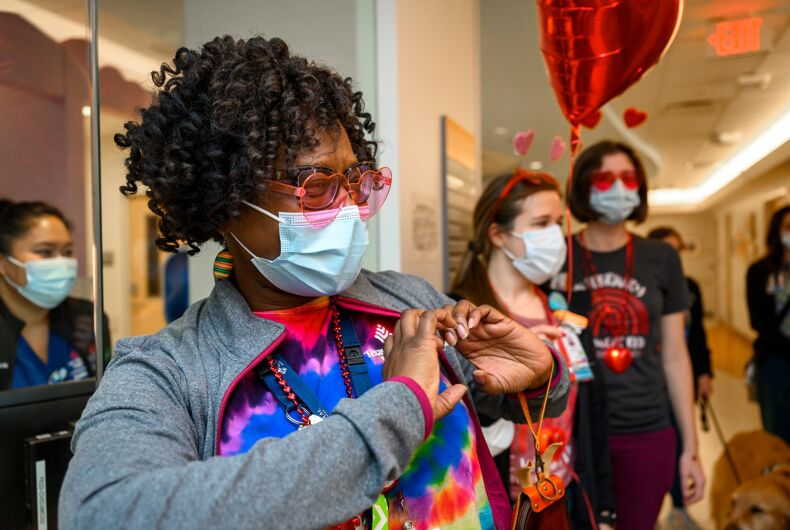 “The mission of Texas Children’s Hospital is to create a healthier future for all children, including transgender children, within the bounds of the law,” the hospital said in a Friday press release. “This step was taken to safeguard our health care professionals and impacted families from potential criminal legal ramifications.”

While the hospital made clear that the pause was intended to protect providers and families from investigation, Texas Attorney General Ken Paxton twisted the statement to double down on his agenda, saying he as “[g]lad to hear” that the hospital “halted their child abuse procedures.”

The hospital’s announcement is the latest blow to transgender youth and families since the governor’s controversial order last month. Inspired by a legally nonbinding interpretation of the law by AG Paxton that flies in the face of the scientific literature and the consensus of the medical community, the order has also prompted the Department of Family and Protective Services to investigate one of its own employees because they have a transgender child. That investigation is currently blocked by a judge’s ruling.

Trans rights advocates warned that this would happen.

POV: You’re a 16-year-old trans girl who just moved to Dallas with your family. You begin dating a boy and confide in him that you’re trans. He threatens you, and says he’ll report your family unless you do what he says. What do you do? Who can you talk to?

While there is no legal precedent finding gender-affirming care to be abuse, parents don’t want to take their chances. In an effort to escape the risk of persecution, some families are considering moving to New Mexico.

“We’ve already had families in Texas contact us about potentially moving here because of the climate there,” Adrian Lawyer, with the Transgender Resource Center of New Mexico, told KRQE. “I want to say I’m so sorry and we welcome you with open arms,”

I’ve witnessed Laura Ingraham inflict pain on LGBTQ people for decades. I know her for what she is.