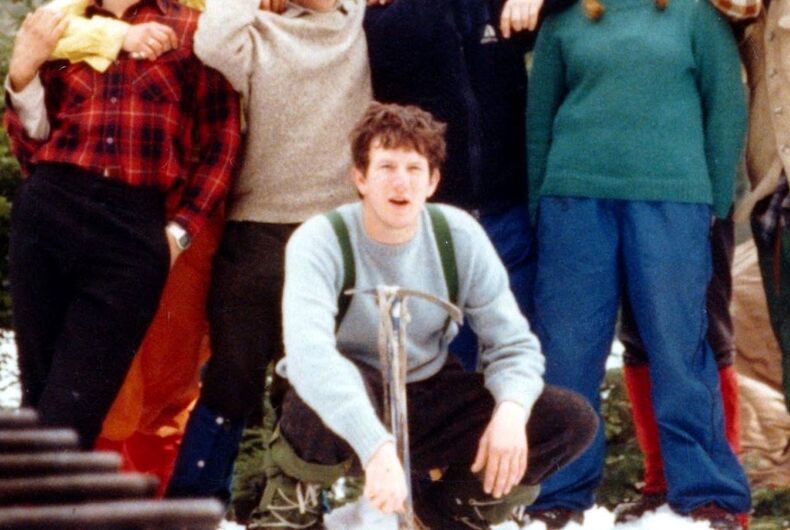 When I was a student at Dartmouth, Laura Ingraham was my classmate. She used her platform at her notorious off-campus newspaper to call me and others like me “sodomites” and members of the “Dartmouth Bestiality Society.”

She disavowed her grotesque behavior of the early ‘80s, in a 1997 Washington Post article, in which she claimed she had changed her views on “homosexuality” after witnessing “the dignity, fidelity, and courage” with which her gay brother, Curtis and his partner coped, with the latter being diagnosed with AIDS and dying from it.

Many had these kinds of mea culpa in the ’90s after AIDS. Her catharsis would be a moving one if not for the decades of ridiculous behavior that followed; it led her brother Curtis to call her a “monster” in 2018.

Recently, she regularly platforms people who say LGBTQ students, school librarians, and staff where I teach in Virginia are “groomers,” “pedophiles,” and “child abusers.” Her frequent guests even attack local LGBTQ allies.

Leaders promoted by Ingraham have expressed a firm belief in some kind of racketeering theory, wherein numerous local adults are colluding to groom and sexually victimize children. For Ingraham and the voices she amplifies, LGBTQ people have gone from mere sinners in the ’80s to the most detestable of criminals, deserving of the worst fate, in her current iteration.

She frequently interviews and platforms people in the northern Virginia area who “out” and publicly berate transgender students and residents and individuals who support forcing teachers to out LGBTQ students to their parents.

Many of us share this view. Ingraham’s first impact on my own life was devastating in ways that have affected me for years.

I was a closeted, queer student, and she was the editor of the Dartmouth Review, which was a new but well-connected off-campus student newspaper that fosters anti-Black, anti-Jewish, anti-LGBTQ, anti-Women, ableist and anti-Indigenous sentiment at Dartmouth College.

Unsurprisingly, Ingraham said when she arrived on campus “I came to Dartmouth to work at the Review.”

Theodor Seuss Geisel, a Dartmouth graduate and also lovingly known as Dr. Seuss to generations of children, penned a simple rhyme in honor of the paper.

“Phew! This gift from Bill Buckley is Muckley! It’s Uckley! Bill, give it to Yale. O, please do!

In April of 1984, as editor of the paper, Ingraham sent a reporter into an LGBTQ student support group meeting. That reporter pretended to be “questioning her sexuality” but secretly recorded personal and private discussions in the group. She later stated she knew staying in the meeting was a positive affirmation that other people’s words would not be repeated.

Even though her reporter agreed to adhere to a privacy oath read at the beginning of each meeting, Ingraham published a partial transcript of the meeting, outing some students by name and others by implication, weaponizing the paper to shame everyone. She claimed that this act of journalistic terror was just an “investigation” into the use of college funds.

LGBTQ students and faculty, including me, were wounded in lasting ways. Dartmouth at that time already was not the easiest place to be queer.

Ingraham graduated and began her path to fame, wealth and influence as a syndicated shock jock on the radio, eventually landing on her prime time Fox News show, where her hateful reporting has had a lasting influence on me and people I care about for decades.

Ingraham’s show has recently featured a stream of harmful speakers attacking my Virginia school district and others nearby; persistently maligning students and families.

Her interviews spread the false idea that transgender girls lurk in bathrooms in order to rape because of affirming policies. It’s a deliberate twist on an actual terrible act in neighboring Loudoun County. Despite Ingraham’s misdirection, the case didn’t involve any transgender people and occurred before there was any consideration of a policy there.

Her colleagues at Fox News have promoted guests who rail against the tide of “grooming” and “pedophilia” in Fairfax County Schools. They’ve promoted eradicating school libraries of LGBTQ authors and books with LGBTQ characters.

Stop for a moment and think how this impacts the tens of thousands of queer students, staff, and families in the school district, not to mention BIPOC students and their parents.

One Fox News interviewee speculated that “members of the LGBTQ community” in Fairfax were following her in her car with her children on board.

This is inflammatory! It makes people fear LGBTQ people, and people in fear react poorly, often dangerously. I fear for all LGBTQ people in our county and well beyond, especially students. As her sphere of influence has expanded, so too has the wake of her destruction on young lives.

An educator who felt they needed to remain anonymous, said about Ingraham’s impact across the country now, “One of the trickiest things about working with queer youth is to let them know they’re safe without pushing them to come out before they’re ready. I’d love to be able to say, ‘just come out, then you won’t have to worry about who knows what, and you won’t have to live a lie.’ But thanks to people like Laura Ingraham, I can’t say that, because I might be advising a student to put themself in danger.”

From a young person in the district, “As a student in Fairfax County who can’t share my sexual identity with my parents because it would endanger my safety, it’s disappointing that Ms. Ingraham continues to amplify the voices who hurt so many LGBTQIA+ students. My LGBTQIA+ peers and I are simply trying to be students like everyone else, not political punching bags.”

Ingraham was able to terrorize me and my schoolmates when I was 20. She is no longer able to terrorize me, but her impact on LGBTQ students in our district is even worse than it was in 1984. Her platform has increased, so her ability to cause fear, pain, and danger has multiplied.

We see it vividly in Fairfax.

Robert N Rigby, Jr., is a public school teacher in Fairfax County, Virginia. He has advocated for LGBTQIA+ students, staff, and families in Virginia for twenty-five years, and is founder and co-president of FCPS Pride. He graduated from Dartmouth College in 1985 with a bachelor’s degree in Classical Languages and a  Masters in Education from Virginia Commonwealth University in 1988.